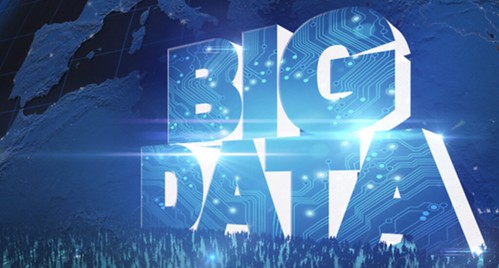 In recent years the plummeting costs of flash storage technology have made it cheaper for enterprises to hold onto the vast amounts of data they produce, than to discard all.

Stockpiles of data that used to be treated as junk are now mounting in every data center. When combined with big data analytics software, unlimited possibilities for putting all that data to use in new and extraordinary ways open up. The days of basing business decisions on narrow little test samples and focus groups—which was always something of a crapshoot—has given rise to analytics models that track trends drawn from millions of exchanges.

Enterprises that can put these new capabilities to use have a clear advantage. As anyone can imagine, big data and big data analytics placed in capable hands means adding up cost savings and conversion rate spikes at the same time.

But therein lies the rub. Neither the workforce nor any current education systems have been able to keep up with demand, and the market is experiencing a shortage in qualified data scientists. In fact, a report published in 2015 by Wanted Analytics showed a 337 percent increase in demand for data scientists between 2013 and 2014 while the number of computer scientists who are qualified to conduct data analysis or data mining lies in single digit percentages.

But traditional, brick-and-mortar universities are struggling to keep up. University of Wisconsin launched the first online, post-graduate degree in data science in late 2015. Since then, dozens more have cropped up at prestigious universities like UC Berkeley, Stanford, and MIT.

But the problem with those programs is that, for one, they follow all the trappings of conventional university education, like prerequisites in multivariable calculus, linear algebra, and a host of computer science topics, which may or may not directly apply. Two, even with all the prerequisites covered upfront, data science degrees involve five semesters of coursework, which amounts to a period of about 20-24 months. And three, online postgraduate degrees in data science from traditional universities come with a price tag of around $60,000.

Unsurprisingly, traditional university’s answer to the data science dilemma favors those who are already, currently students. Current undergraduates majoring in computer sciences will be able to seamless move into data science graduate degrees without skipping a beat. In the meantime, however, IT leaders in the business world will need to find alternative training methods to fill empty data science positions. So what are the options?

The obvious solution is for enterprises to train current employees for unfilled data science positions using either unconventional ‘bootcamp’ programs, or online training courses and software. In March of 2015, CourseReport published a list of 13 coding bootcamps where students can get comprehensive training in data science at a fraction of the cost and time investment of traditional universities. The courses listed range in time span from five days to one year, and cost between $3,000 and $16,000.

However, not only is the bootcamp training model unconventional in and of itself, enterprises that are willing to make an investment in the training of their workforce are also, historically not the norm. And the numbers of those that have paid to get their employee’s training updated to match the times have declined since 2007. There is still an answer for cases like that. CIO.com recently reported that both Stanford and MIT are making courses in their data science programs available for free online.

This is not the first time technology has outpaced education, and it won’t be the last. In fact there are some who feel that the marketplace and the education system should both find ways to embrace this recurring pattern as a constant inherent to the technology age. Maybe one of the best ways to address that is to instill the idea of so-called unconventional training methods within the conventional education system itself. Learning how to identify new ways of acquiring and applying new forms of knowledge would be a course worth taking.