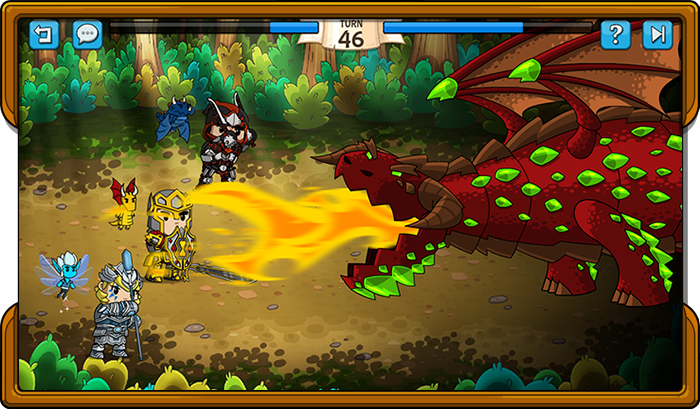 London, Ontario-based Big Viking Games has launched a Kickstarter project for a new game, but it’s not just about crowdfunding.

Big Viking is using the platform as an opportunity to offer players the chance to wield influence over the creation of the game, Tiny Kingdoms.

According to the Canadian gaming studio, players are now part of the production team of Tiny Kingdoms, a free-to-play RPG adventure game for mobile and social platforms.

“Instead of traditional rewards for backing the game, players who support the Kickstarter project will have unprecedented access into and influence over the game creation process of Tiny Kingdoms,” says the startup.

The Kickstarter project is the first of its kind to offer free-to-play gamers the opportunity to help craft and influence the vision and direction of the game by working with the games’ designers before, during and after the launch. Backers will be able to provide their ideas and feedback on a wide range of game components such as new characters, environments, items, features, and new tactical gameplay modes. To help players become a tight-knit part of the development team and to provide rare insight into the creation process, the Big Viking Games team will host live chats, provide designer diary updates, and conduct polls throughout the development process.

“We are giving fans the opportunity to leave their mark on the game and build the game they want to play,” said Albert Lai, CEO of Big Viking Games. “We want our fans to be go beyond just pledging their dollars to also lend their ideas and creativity. The ultimate goal will be to reimagine the way players interact with game developers, through both Kickstarter and collaborative online platforms.”

In Tiny Kingdoms, players will take on the role of an adventurer on a quest to defeat deadly creatures and prove their worthiness to be the next ruler of the kingdom. The game is built using HTML5, which Big Viking Games say will allow players of Tiny Kingdoms to seamlessly play across various devices, such as starting a game on Facebook and continuing where they left off on their mobile device.

Big Viking Games was launched in 2011.