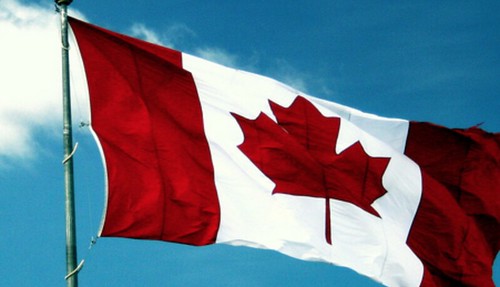 Something neat happens when you endure the underdog story.

Look anywhere. Movies, entertainment, pop culture, music, humanity even; they all have one thing that feels more special than pure dominance—fantastically intriguing tales of triumph from the lesser known entity.

Unfortunately for Canadians, and those within the country working in tech or games, we’ve always kind of been the underdogs. America, and Europe playing host to more than their share of AAA developers, and publishers. But this is trending out the door. And I’m fascinated to see where it heads.

This is my list of the four biggest things to happen in Canadian game development during 2015.

If you exist anywhere near the internet, you’re well familiar with the GamerGate issue that (rightfully) swamped twenty-fifteen. And while it is a relevant issue in our game’s industry, I’ve spoken to quite a few women in games, and most will agree that the problem doesn’t breach our borders as the same kind of ugly infestation heard about outside this beautiful and world renowned inclusive country. We’ve proudly made games with lead female characters, and most of the studios I’ve ever been to have amazing women in high-ranking positions. Our designers/indies even put forth the Canadian standard of equal rights and equality as if we live in a world where it’s common practice.

“We decided not to sexualize a single character in our game. We even have a non-binary character.” – Matt Thornson on his design principles for Towerfall.

Congrats Canada, you’re still one of the leading countries in the relentless fight for gender equality.

It’s actually a surprise to see large American businesses moving north of the border these days. Our dollar is so low, and the tax credits that were astoundingly favourable are almost all gone. Yet, the big names behind Fallout, Doom, Dishonored, and Elder Scrolls decided it was about time that they find a Canadian postal code to call home.

We welcome the awesome talent with toques and moose sculptures made of maple. Even Canadian bred Ubisoft is continuing to expand on the East Coast. Purchasing their partners in Just Dance’s (Longtail Studio) company out in Halifax. AAA is alive in Canada.

In the past year (2014) Canada grew it’s spending on the video game industry by 50% landing around $2.67 billion dollars country wide. Within that is roughly 500 studios, up over 100 since the year prior. Mobile gaming—something that has just taken off like a rocket in the last 24 months—accounts for a staggering 31% of our total revenues, while console clocks in around 35%, and PC around 25%.

I am proudly one of them. Our generation, and those around us have found an amazing place to feel welcome in both Canada, and Development. With an average age of 30, and an average salary of $71,000, we’ve gone and invented a bunch of new jobs in a country where at one point you’d have to consider leaving to pursue such a dream.

If you haven’t noticed, Canadian Indie Devs are on fire.

From the amazing Matt Thornson’s Towerfall, and the critical/competitive acclaim he’s receiving, to Vancouver’s own Klei Entertainment with their slough of world-wide nominations, there’s a rise in small developers making large impact. Klei’s Invisible Inc. was not only nominated for Game of the Year in the CVAs, but it won Best Downloadable Game, and Best Indie Game. On top of that Invisible Inc was nominated for three Golden Joystick Awards, and won GAME OF THE YEAR at the Geekie Awards. Don’t even get me started on the amazingness that is their survival darling Don’t Starve.

And that’s just the tip of the iceberg when it comes to brilliant independant developers that call Canada home. Hinterland’s Long Dark, Red Hook’s Darkest Dungeon, Radial’s RocketsRocketsRockets, and Snowman’s Alto’s Adventure all came out this year, and none of them were shy of complete critical awe. In direct contradiction to number three on this list, Indie Games are booming here, and the pace is not going to slow.