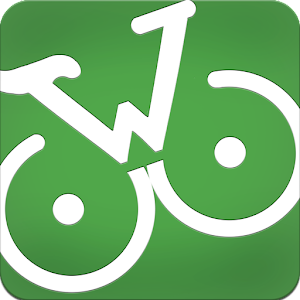 Near the end of last summer Alex Petracki and Dave Burke had decided enough was enough, after several friends had their bikes stolen. In their Montreal neighbourhood of the Plateau, a densely populated and cyclist-friendly area, bike theft is common.

“So it was an ongoing problem and [Burke] thought about this idea to integrate an app and make it almost like a social networking app where people could connect, respond and communicate with each other to try to fight bike theft,” Petracki told Techvibes.

The pair looked into statistics and learned that nearly 2,500 bikes are reported stolen every year in Montreal. Petracki figures that at least another 1,000 go unreported. This is because so many victims of bike theft are unmotivated to report a crime that they don’t believe will be given much attention.

Neither Petracki nor Burke are developers and so they each contributed their own investment into the project to be developed by a third-party developer. Launched on Wednesday, BikeWatch is available on the web and iOS and Android smartphones. Local Montreal-based app developers Underlabs produced the app.

The app features a few nice features for unfortunate souls who had their bikes stolen. The stolen bikes section allows users to browse through the list of user-submitted stolen bikes, updated in real time. As soon as a bike is stolen it will show up in every user’s “Stolen Bikes” list minutes later. The app also features a free marketplace for bike enthusiasts to buy and sell bikes and parts. The “Community” section allows users to engage in discussion boards while private messaging allows users to directly contact one another if they’ve spotted a missing bike.

“We’re happy that we got it out while there’s still summer left, for people to use while they’re still cycling,” Petracki says. “It’ll get us some good building feedback time over the winter to figure out the features to include for the next version.”

Technically the app is available in every major city in Canada, but if a stolen bike is reported, people from other cities can see it in case the bike has been taken to another area.

The app is likely more a “love project” for the two cofounders, especially since they’re only running ads on the app for what should be minimal revenue—though Petracki didn’t rule out making solid revenue once the user base is built up, including selling ad space on the web site to bike shops and event organizers.

When asked if he knew about the recent news headlines of a Vancouver woman who “stole” her bike back, Petracki said he had read about it.

While he called it an inspiring story, he didn’t recommend taking such actions. “I’m not sure what it’s like in Vancouver, but some of the bike thieves that have been exposed in Montreal are volatile and aggressive people, and can be on drugs or in drug withdrawal, so I wouldn’t suggest trying to pull this off.”