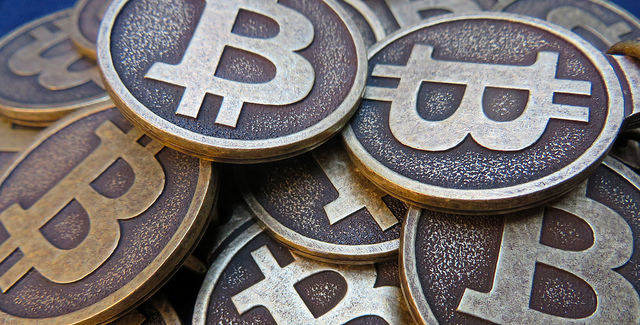 The Bitcoin cryptocurrency took the virtual world by storm in early 2009 when it got “minted” for the first time by an innovative programmer under the pseudonym “Satoshi Nakamoto.”

Using cryptography to secure funds, Bitcoins are regulated by software which governs their supply. New Bitcoins are created by solving complex problems embedded in the currency. It is estimated that there are over 12 million Bitcoins in circulation.

People use Bitcoin to pay for anything and everything from dolls to smartphones online. The advantage of using this virtual currency lies in its simple mode of transaction without being tracked. The popularity of Bitcoin as a handy payment option for those who wish to buy and sell things online has soared in recent times.

The price of Bitcoin touched a staggering $1,000 mark on the Mt. Gox online exchange, under the frenzied transaction of users who wasted no time in lapping up the virtual currency.

Bitcoins, which are not regulated by banking authorities of any country, have registered a steady rise in its value–over 80 times more than last year. It has generated great interest among investors in different countries such as China and the U.S., who earn and use this cryptocurrency for the purchase of various products and services.

The factors that led to Bitcoin’s prominence

The credibility of the virtual currency rose high recently, when law enforcement and securities agencies said in U.S. Senate hearings that Bitcoin could be a legitimate means of exchange. Another upward trend occurred at a time when Bitcoin was being used for illegal purposes. Recently, the government has clamped down on criminal enterprises such as the online shop Silk Road, where people shopped for illicit goods like guns or drugs.

“Milestones do tend to provide some validation, even though they are entirely arbitrary. One thousand dollars for a Bitcoin would draw attention, and certainly gives people positive on the currency another reason to laugh at the naysayers.”

Bitcoin, which posted an exponential growth of 400 percent in less than a month, has come a long way from its initial days when it was defined by many as a growing bubble in assets.

The increase in price is often attributed to over-valuation caused by its limited supply, as well as a considerable increase in demand. Bitcoin trades 24/7 and the supply of currency is maintained by solving complex calculations. The popular Bitcoin Black Friday shopping event has brought together more than 200 Bitcoin businesses and traders, making users clamor to buy everything under the sun. This included Christmas trees, organic ale and sweet treats.

Bitcoin, which is not buttressed by physical assets or by any corporation or financial institution, has posted this impressive achievement depending solely on the confidence of its users. If Bitcoins become accepted forms of payment on major shopping websites such as Amazon.com, the popularity of these cryptocurrencies may grow manifold in the days ahead.

Fueled is a leading iPhone app builder in New York City, renowned for its mobile design and strategy.