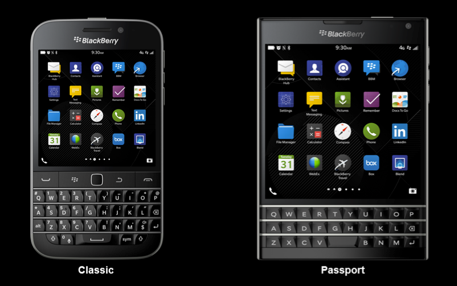 Most consumers will look at the BlackBerry Passport and say it’s ugly, impractical, that they would never buy it. BlackBerry CEO John Chen is perfectly okay with this.

That’s because Chen and co.’s latest product announcement, a typically wide, undoubtedly large smartphone called the Passport, is not made for them. The mobile device is designed very deliberately for the enterprise, a market that BlackBerry has zeroed in on under Chen’s reins.

The Passport sports a 4.5-inch display with a 1:1 ratio, which makes it the widest, squarest phone you’ve ever seen. But with a remarkably dense 450 pixels per inch, the giant square screen is ideal for business users viewing important documents, while the large physical keyboard is apt to make typing long emails a breeze.

The Passport also features a 13-megapixel rear-facing camera, 3GB of RAM, a quad-core processor, and a sizeable—but non-removable—battery. The “phablet” is expected to launch in September.

Blackberry also confirmed that the Classic, a modern remake of the iconic Bold 9900, is due out this year.