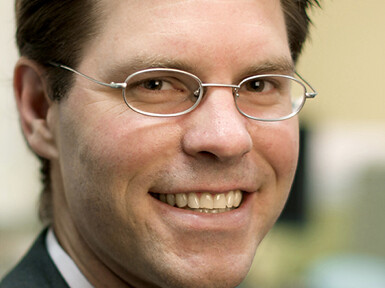 BlackBerry had to file a lawsuit to try and keep one of its most senior executives from leaving for a position at Apple—and it worked.

A ruling released by the Ontario Superior Court this week reveals that late last year, executive vice-president Sebastien Marineau-Mes of QNX, which BlackBerry acquired in 2010, tried to flee for greener pastures at Apple. But BlackBerry said in doing so he violated his contract, which the court ultimately agreed with.

The company claimed Mr. Marineau-Mes violated the terms of his contract by resigning from his position to take a job at Apple, despite a clause that required him to provide six months’ notice before leaving the company. Following the acquisition, he continued to work for BlackBerry, and in the fall of 2013 was promoted to executive vice-president—but the company was under a promotion freeze at the time, and Mr. Martineau-Mes’ new role was not announced widely within the company. He argued in court submissions that, since he never assumed the duties of executive vice-president, the contract requirement did not apply to him.

No doubt Marineau-Mes is more eager than ever to leave BlackBerry. But now he has to wait for a full six-months’ notice to do so (June 23, if you’re wondering).