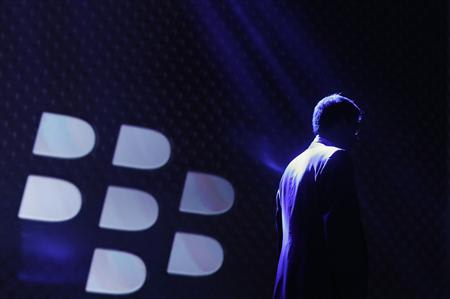 BlackBerry’s brand perception is on the rise this month, according to BrandIndex, who says the Waterloo-based company “Buzz” score has increased since the launch of BB10 on January 30.

At the same time as the BB10 launch, the Canadian company changed its name from Research In Motion to BlackBerry—a literal brand change. And that’s paid dividends already: BlackBerry boasts its best US consumer perception score since September 2011.

Currently, BlackBerry scores seven out of 100. Sound terrible? It’s actually not, because scores can go below zero—all the way to -100. Zero is simply neutral, so BlackBerry’s brand score is in solidly positive territory.

And after a few marketing flops in 2012, BlackBerry nailed it with its clever Super Bowl ad. On the NFL website, the commercial was voted the best of the third quarter.

Further, while BlackBerry’s brand score rises, Apple’s falls. The iPhone 5 launched with a buzz score of 38, before dropping to 28 in January and then to 17 this month.

RELATED: BlackBerry in No Rush to Launch Low-End BB10 Smartphones

“When asked what phone they were likely to purchase within the next six months, 18% of BlackBerry owners expected to purchase another BlackBerry in April 2012, rising to 43% in January 2013,” BrandIndex reports. “Loyalty for iPhone owners dropped from 92% to 85% over the same period.”