Apple’s iOS and Google’s Android dominate the world, smartphone-wise. The competition has long since vanished in their dust.

Microsoft, meanwhile, has seemingly abandoned smartphones altogether. And why not, when your marketshare is a modest 0.3% (and shrinking!). 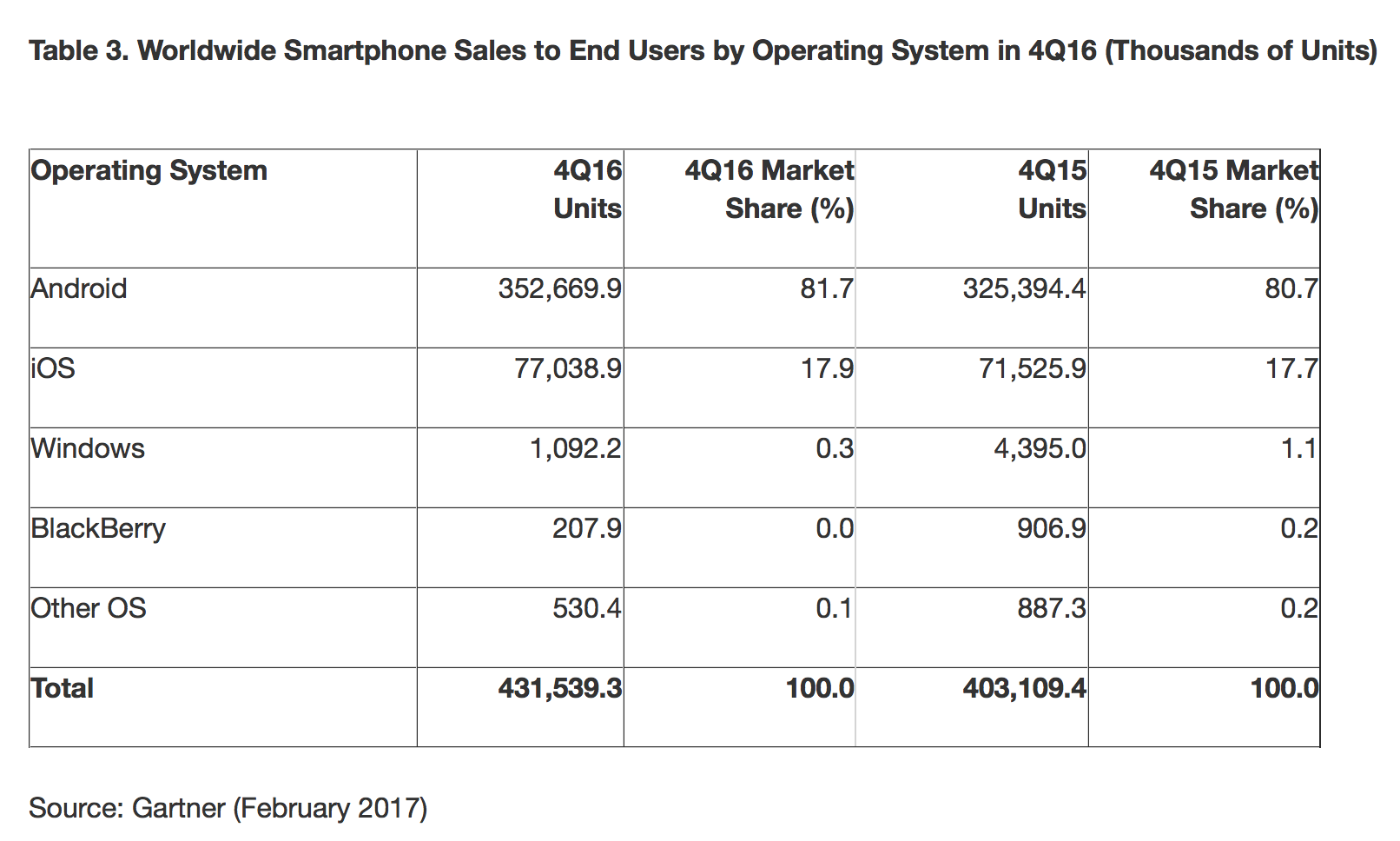 While Android continues to boom, its leader Samsung has been scrambling through tumultuous terrain of late.

It has taken eight quarters for Apple to regain the top global smartphone vendor ranking, according to Gartner.

“The last time Apple was in the leading position was in the fourth quarter of 2014, when its sales were driven by its first ever large-screen iPhone 6 and 6 Plus,” said Mr. Gupta. “This time it achieved it thanks to strong sales of its flagship phones: the iPhone 7 and iPhone 7 Plus.”

iOS and Android combine for 99.6% of the world’s smartphones.