A sense of community has become an incredibly valuable feeling—especially over the last two years. No one knows this more than Dennis Schultz, the executive director of Blacks in Technology (BIT).

“One of the most important things a community brings is that sense of belonging and not being alone,” he says. “The pandemic kind of stripped that away from a lot of folks. It put them on an island. But there’s still that need to feel connected to people.”

Founded in 2008, BIT has over a decade of community building under its belt, but the organization has witnessed incredible growth over the last few years, now totaling over 16,000 members. Its mission is to build a “tech-focused community … dedicated to increasing the representation and participation of Black people in the technology industry.”

According to BIT’s stats, the Black community comprises just 3% of employees in the top 75 Silicon Valley tech firms, compared to representing nearly a quarter of the overall workforce. This is the discrepancy Schultz and BIT are focused on solving.

“There are so many jobs available in IT,” he says. “No matter which discipline you’re looking at, whether it’s front end development, design, marketing, cloud engineering—anywhere you look, there’s a deficit of jobs. We’re here to say, if that’s the problem, and there’s double-digit unemployment in the black community, then there may be a way to bridge that gap.”

A Mission Defined by Transformation

BIT’s mission to bridge the gap and connect Black folks with meaningful digital careers is achieved in a few different ways. The organization is set up via a series of chapters spread across the largest cities in the world, and each chapter has its own events, get-togethers, and volunteer teams to foster outreach and build community. There are chapters in London, New York City, Miami, Toronto, Vancouver, and more.

“We ask ourselves, will this event or program help someone with their career? If the answer is yes, then we do it,”  says Schultz. “The great thing is, you can justify that in a lot of ways, especially through networking and events that connect people together.”

Beyond local events, BIT also builds community through larger conferences such as its own BITCON, in addition to specialized content such as its BITTechTalk podcast series.

Schultz himself is uniquely positioned to speak to how each chapter interacts with the global organization, and through that lens, he has helped BIT become a massively influential presence. After attending a BIT conference in 2018, he was recruited to start up the New York City chapter. Schultz led efforts there on the ground organizing job fairs and socials while connecting with local partners. Eventually, the NYC chapter would grow to become BIT’s largest, with Atlanta being the second.

“Being a chapter lead gave me that mayoral perspective,” he says “Mayors do the work, talk to people, and know everyone on the ground.”

International expansion is one thing I’m proud of. There’s a ton of growth outside the U.S and Canada.

After leading NYC for a couple of years, BIT founder Greg Greenlee was looking to reorganize and create a centralized structure. Before, chapters were almost fully autonomous, hosting independent events with little help from the global organization. Greenlee consolidated everything and formed a committee to oversee growth, and asked Schultz to step in as executive director. It was this reorganization that catapulted BIT to widespread success.

“At that time, before reorganizing, BIT had around half a dozen formal chapters,” says Schultz. “We grew that to 50+ chapters, representing 10 countries.”

“That’s one of the things I’m most proud of, that international expansion,” Schultz continues, noting that every chapter outside North America began in 2021. BIT’s newest chapters can be found in Colombia, South Africa, and France, and there is more on the horizon.

“We’ve got five chapters in Africa. Nigeria, Kenya, Cameroon, and more. Europe too, and even New Zealand,” he continues. “That last one was a surprise—there’s a ton of growth outside of what I initially envisioned for BIT, which was the U.S and Canada. Now we’re working closely with indigenous communities in New Zealand. It’s amazing.”

BIT’s newest chapters can be found in Colombia, South Africa, and France, and there is more on the horizon.

With the perspective gained from leading NYC, then stepping up to a seat on the global organization, Schultz helped shape BIT to impact more members than ever. With chapters organized and sharing information with each other, BIT realized the needs of Detroit may be different from Manhattan. At the global level, Schultz and the team were tasked to drive programs that help at the local level.

“For example, in Detroit, automation and robotics and computer design are always in need as the auto industry transforms,” says Schultz. “All of that will require new digital skills. Every chapter has the autonomy to come up with initiatives tied to their members, then we support from there.”

It’s this level of focus and localization that has allowed BIT to thrive over the last few years. Even though the pandemic hit and forced nearly every event online, the organization has still skyrocketed in terms of overall members and engagement. Partnerships are flooding in too, including recent announcements with companies like Linux, Nokia, OneTen, and Northwestern Mutual—all within the last year.

“That’s another thing we’re really proud of—the number of corporate sponsors that have taken initiative to drive our mission,” says Schultz. “By raising our profile through our new programmatic approach, we’ve gotten on the radar of companies that really notice our work and want to advance our mission. Through that, we’ve raised our ability to open up scholarships and grants for members and have a huge impact.”

There are several ways BIT is advancing its mission, but perhaps none more impactful than scholarships that directly create talent transformation. Through partnerships with organizations that empower people to transform their careers through non-traditional education (such as bootcamps and workshops), BIT is making well-paying jobs in the tech sector far more accessible.

“We want to retrain and upskill folks who may get left behind in the next digital revolution, and give them a pathway to success in companies that desperately need people,” says Schultz.

That’s what Blacks in Technology does: We let people know opportunities exist.

BIT does this by partnering with organizations such as BrainStation to offer scholarships to BIT members, allowing them streamlined access to training that prepares them for a role in leading digital companies.

“These tech companies are looking at what they need in a successful candidate, and that four-year degree might not be it,” continues Schultz. “There’s this opportunity to educate people on the fact that they likely have skills that translate to a career in tech.”

For Schultz and BIT, a huge part of the mission is simply making it clear that a career in tech is not a daunting or intimidating life goal. It’s a real possibility and is within reach for many people. By working with organizations that excel in upskilling and career transformation, then making those connections for members and providing networking opportunities, BIT is moving the dial and improving diversity from the ground up.

Another important factor? Imparting the idea that, in order for someone to transform their life with a career in tech, it must involve learning to code or program. Schultz himself has 20 years of tech experience with companies including Samsung, Dropbox, and Dell, and he’s been in entirely non-technical roles. BIT makes sure to spread its focus by highlighting disciplines including sales, marketing, design, and more, and Schultz understands firsthand that there is so much opportunity for people who simply want to find a career that they can grow and learn in.

“There are a lot of companies that need people with common sense who can apply critical thinking and solve problems,” says Schultz. “Honestly, that’s what a lot of folks in the Black community do on an everyday basis. They figure things out. They make it work. We want them to use those skills to go from working two jobs for barely minimum wage to tripling your salary after a digital bootcamp.”

“That’s what Blacks in Technology does: we address that education issue. We let people know the opportunities exist, and it doesn’t require as much work as you think.” 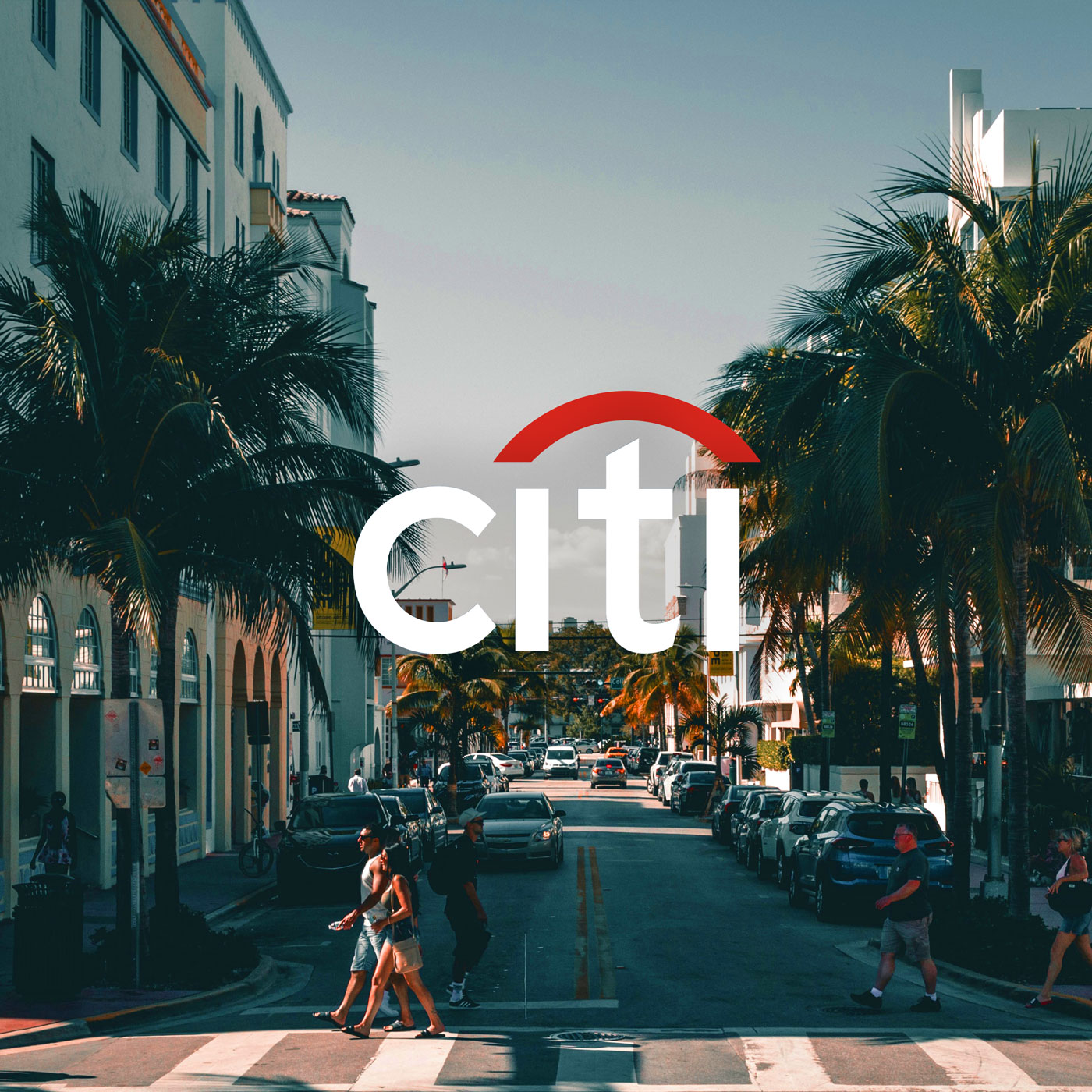