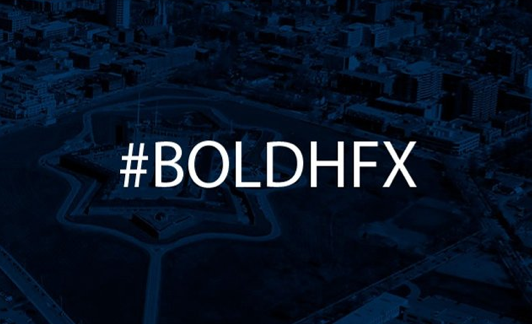 We’ve all seen it before, a hashtag-driven social media campaign that backfires on its creators.

Now, a group created to support economic development in Halifax is learning a lesson about being careful what it Tweets.

Bold Halifax, a group of chambers of commerce, business development agencies and other organizations, thought it could bring the city together through a social media campaign – using the hashtag #boldhalifax – and a pledge to “be positive” and “challenge pessimism” about the city’s future.

Well, on Friday it was bringing Haligonians together, but not in the way its creators had hoped.

MUST READ: Why Brands Need to Stop Cringeworthy Twitter Campaigns

The social media campaign got off to a slow start until Bold Halifax Tweeted on Thursday that it was raising money to “deport the people with the worst attitudes.”

@pirie @birdiebent We are collecting a fund to deport the people with the worst attitudes – they are Halifax’s real challenge. #boldhalifax

That didn’t go over well on Twitter. By Friday, the hashtag #boldhalifax was trending but it was almost all criticism of the group.

Boldly, Tweets using the hashtag are automatically posted to the Bold Halifax site, making it now a page of harsh, and sometimes hilarious, criticism and mockery.

The deportation comment struck a particularly raw nerve for some in the Maritime province, given the forced deportation of its Acadian population 250 years ago.

As of Friday evening, Bold Halifax had deleted the Tweet but had not yet apologized, only saying that the original post was “tongue in cheek.”

Yesterday’s Tweet about deporting people with a negative attitude was tongue in cheek to lighten up a -15 degree January day.

At that point, the most recent Tweet on the Bold Halifax account said that the Halifax Regional Municipality, the local government for the city of Halifax and the surrounding area, is not involved with Bold Halifax.

However, the Bold Halifax campaign does share a lot with the Regional Municipality’s new branding. In April, the municipal government revealed a new logo and started using the slogan (or as they call it, a “brand promise”) “Be Bold.”

The rebranding was met with derision from many residents – though not quite as severe as the current backlash – and was described by Canada.com’s Lauren Strapagiel as looking “less charming-east-coast-community and more insurance-company-meets-generic-tech-brand.”

The agency behind the rebranding, Revolve, is one of the organizations involved in Bold Halifax.

They’ve used the “bold” slogan as part of a campaign to position the region as a potential tech hub, hiring Victor W. Hwang, a Silicon Valley-based writer and entrepreneur as an adviser.

Hwang’s write-up about it on Forbes, which was published yesterday, was also subject to mockery, with Globe and Mail business reporter Josh O’Kane posting on Twitter that it read “like pasted lines from an inspirational speech generator.”

95% of this Forbes column on Halifax reads like pasted lines from an inspirational speech generator http://t.co/Kq9PwMH7ZZ via @Tim_Bousquet