The I-5, which spans as wide as 10 lanes at points, connects Vancouver in Canada to Seattle and beyond in the US. But the experience is not great.

What could change that? Madrona Venture Group, which invests in tech companies in the area, believes the key is an emphasis on autonomous vehicles—going so far as to dedicate an entire lane to them.

Today, you are not likely to find any self-driving cars on the road. This could change, and it could change soon. Tesla, Uber, and Google are all incredibly interested in autonomous vehicles. So are Ford, GM, and Lyft. As are Apple and most major auto manufacturers, even those who don’t admit it. As fast as technology and regulations can make it happen, autonomous driving will be a thing.

The first phase of this plan could begin to be implemented “immediately,” Madrona suggests, and the final phase “could occur in ten to fifteen years.” 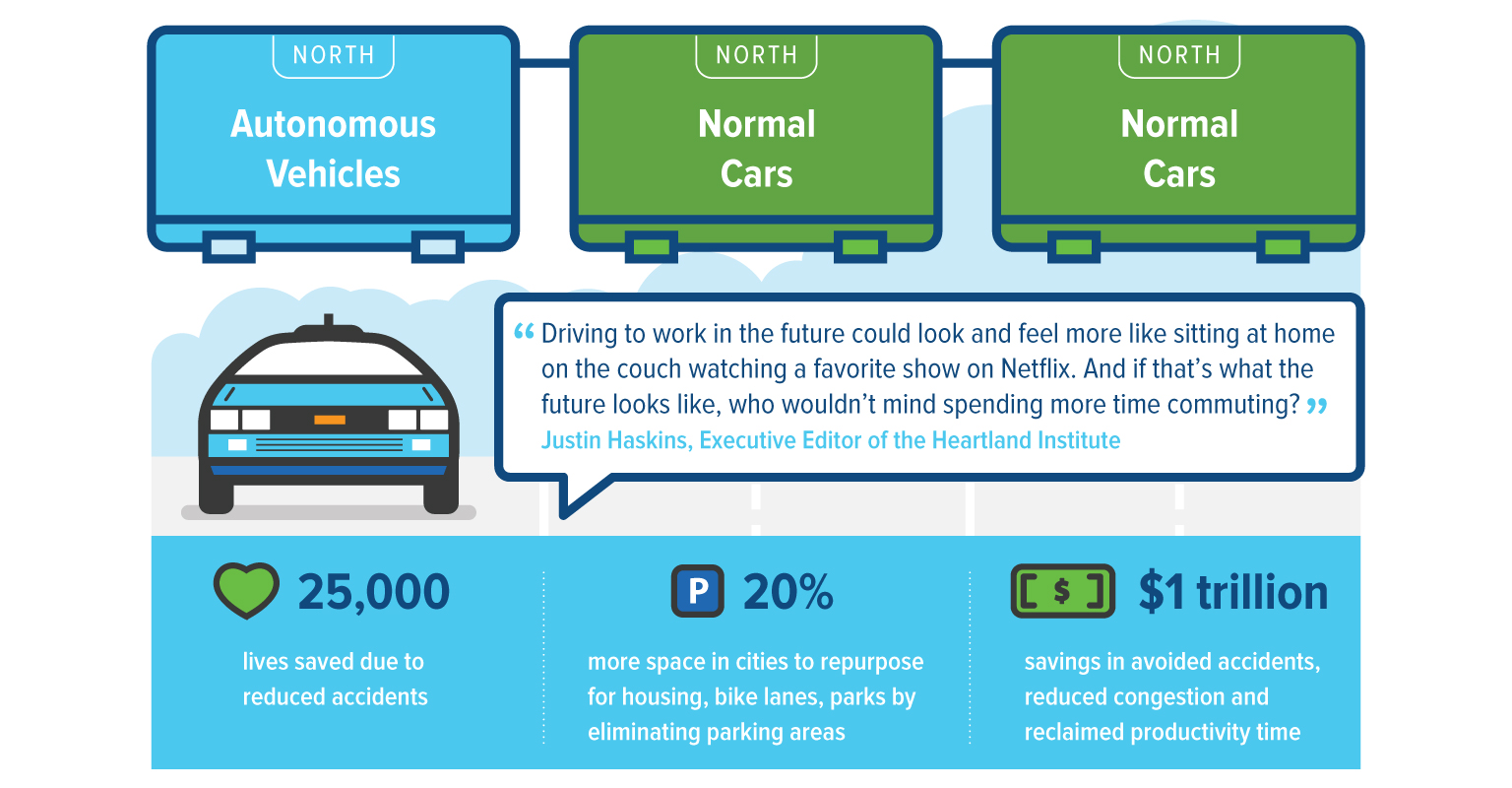 A report from the company goes into great detail about how this would work, from the narrowest city streets in Vancouver to the widest stretch of interstate near Seattle, and cites all the benefits of autonomous driving: productivity as a passenger, fewer motor vehicle accident, and major savings—as well as the obvious reduction in congestion and pollution.

With autonomous vehicles, the capacity of roads is increased by closer spacing and platooning of vehicles, narrower lanes, reduction in the wave effect of braking, faster average speeds and fewer accidents. Major and minor accidents cause substantial traffic tie-ups.

Madrona acknowledges that “this proposal will initially be highly controversial because of the public’s natural concern about the likelihood and timing of autonomous vehicles, initial accidents and failure to recognize the benefits.” However, compared to the cost of improved and high speed rail, estimated by others at upwards of $30 billion, “the cost of this plan would be orders of magnitude less and consumers would begin to benefit decades earlier.” 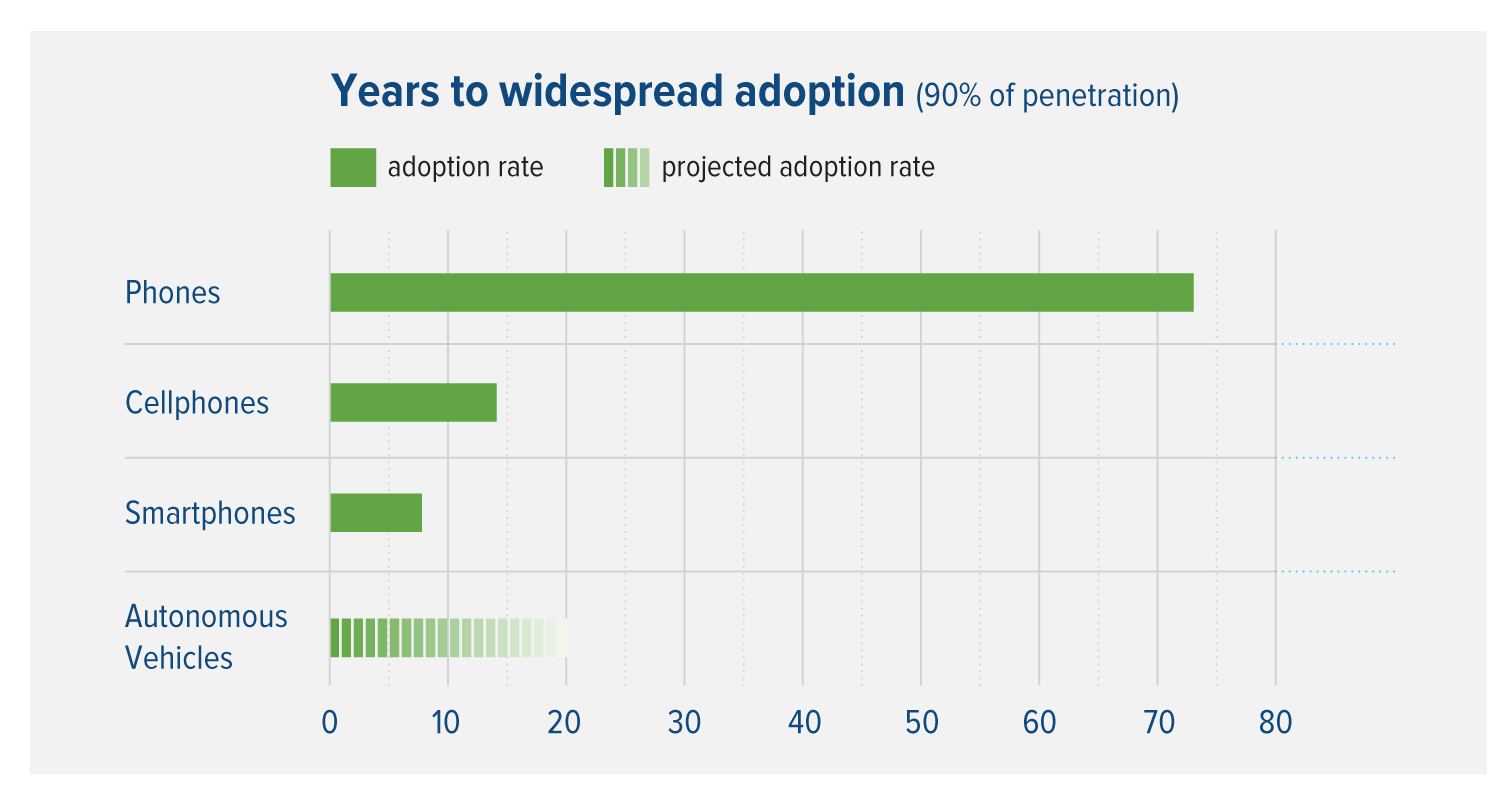 The report also points out the economical ties of Seattle and Vancouver, as well as their “similar heritage of technology and entrepreneurship.” But studies show that overall cross-border talent flow is limited relative to other cities, despite their extremely close geographical distance.

Seattle’s and Vancouver’s tech and startup companies would benefit greatly from greater ease of intercity transportation. The connectivity of the digital era has not diminished but seemingly has rejuvenated the value of physical location and meeting in person. Improved transportation from Seattle to Vancouver is not merely about leisure and travel; it’s about making sure Seattle and Vancouver maintain and improve their competitive edge in the modern economy.

“We propose that local, state and provincial governments on both sides of the border collaborate on a plan to accelerate the introduction of autonomous vehicles on I-5,” Madrona says. “Nationwide, the cost of traffic collisions is approximately $300 billion a year. Vehicular congestion costs about $124 billion per year in the U.S., as well as tens of billions of associated healthcare costs. These do not include the opportunity cost of productive hours spent in traffic, which is estimated at $1.2 trillion per year, or the costs of parking spaces. 31% of the space in central business districts of major cities currently is devoted to parking. We hope policy makers will recognize the benefits far outweigh the risks.” 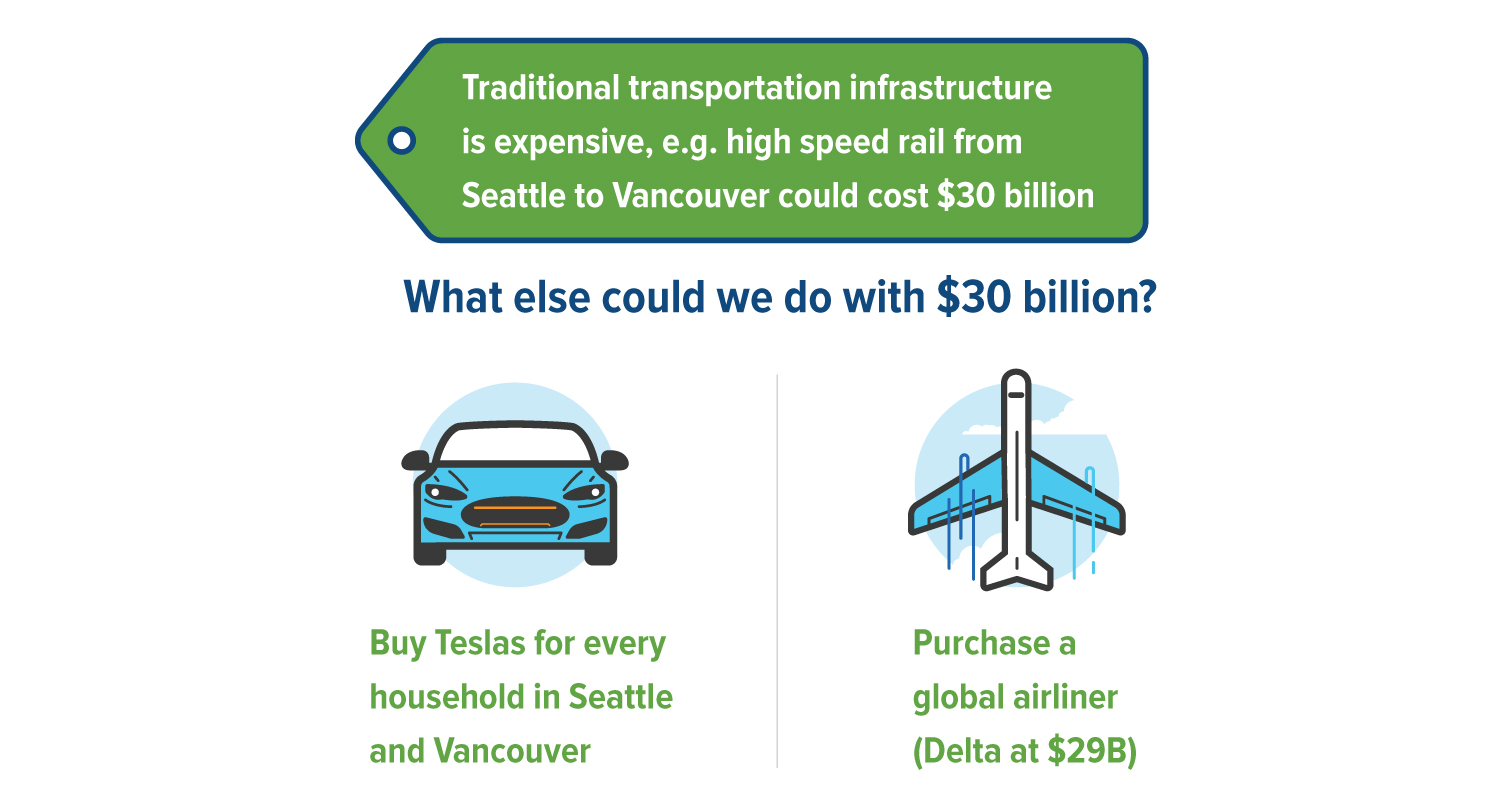