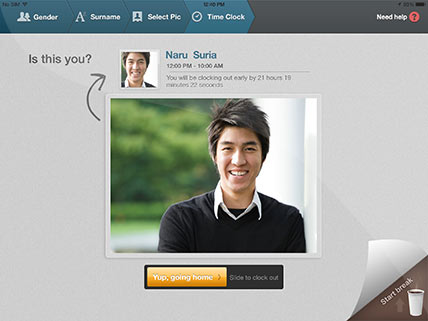 PayrollHero was born out of our own need.

In 2008 Michael Stephenson and I were looking to outsource our customer service for our real estate software company. We flew to the Philippines in search of a BPO (read: outsourcing company) and soon decided that instead of outsourcing to someone else, we should get into the outsourcing business. We setup a BPO in Manila, and it was in this BPO that we learned about the pains of time, attendance, scheduling, HRIS and payroll in Southeast Asia. Thus, PayrollHero was born.

Here are a few of the lessons we have learned thus far.

THE MARKET IS HUGE

Over the past few years we have learned some valuable lessons when it comes to focusing on emerging markets and specifically Southeast Asia, but my friend Steven Goh, CEO and Co-Founder of Mig33, sums it up quite nicely:

“Within 8 hours flying around Silicon Valley, you reach markets representing less than 10% of the world’s population. Within 8 hours flying around Singapore, you reach more than 50% of the world’s population. These markets represent the next 2 billion internet users, are more unknown and less structured than many in the first world. And therein lies opportunity.”

The big learning is that the markets are massive. The Philippines has almost 100 million people, Indonesia has almost 250 million and mobile phones, internet, smartphones, wifi, etc. are coming fast. Facebook sees the opportunity and are working hard at getting the next billion people on the internet. Interestingly, they choose the Philippines as their test market for doing just that. Facebook and Globe Telecom inked a deal that gives all of Globe’s 36 million subscribers free Facebook access. It is initiatives like this that make this region very interesting for technology startups as the landscape is changing quickly and there are wide open opportunities.

THERE ARE UNIQUE CHALLENGES

Of course there are challenges. Southeast Asia has multiple currencies, languages, cultures and customs. Each country needs to be looked at with a different lens as there are many, many differences. A payroll example, in North America, when an employee is let go they are “terminated,” in the Philippines that employee would be “separated.” A small difference, but an important one. The same goes with the exchange of business cards; in North America I find business cards are used less and less each day, but in Southeast Asia, the act of exchanging business cards in many cases is a two-handed procedure that is very deliberate and thoughtful.

Family businesses are everywhere, which sometimes makes it difficult to sell into it as the CEO is sometimes not totally in charge. There are occasions where you are speaking with the CEO, only to find out that Mom or Dad, who retired some time ago, still makes many decisions within the business. This environment is not impossible to sell into, but needs to be understood and considered when dealing with family businesses.

On the flip side, some family businesses operate much quicker than a traditional corporation. In some cases there are less hoops to jump through and quicker deals to be had. The important thing is to know which one you are dealing with so that you can navigate it quickly and efficiently.

THERE IS A TALENT SHORTAGE

Finding engineers is a challenge that you constantly hear about in Silicon Valley. Wages are through the roof and big firms like Facebook, Amazon, Google and others snap up engineers quickly and with packages many companies can’t compete with. That problem is not unique to Silicon Valley. We had trouble in the Philippines hiring Ruby on Rails engineers. We tried for a few years to attract and retain top Filipino engineers, even paying them at least $51,000 a year, but without success. We found a couple solid engineers but struggled to build out our team.

We switched gears and did what no one expected. We opened an office in Whistler, Canada and designed an “Adventure Engineering” program as a way to attract talent. It worked, and we have been able to build out an amazing team of adventure engineers from all over the world who wanted to be a part of PayrollHero.

Fun tip, the Canadian government has very progressive immigration policies and incentive programs (SR&ED, IRAP, Get Youth Working, etc.) to make doing business in Canada easier. We use Canada as our back office for our Southeast Asia focused business.

Internet disruptions, power brown outs and out of control traffic congestion is common. These issues can get in your way if you let them, but planning ahead can reduce interruptions. Secondary internet connects, battery backup or choosing buildings with generators can ensure life continues when the internet or power goes down. As for traffic, well, not much you can do here except plan your travel accordingly, leave enough time to get to your meetings and make best use of the time in the car. Uber.com operates in many Southeast Asian countries and is a great way to get around.