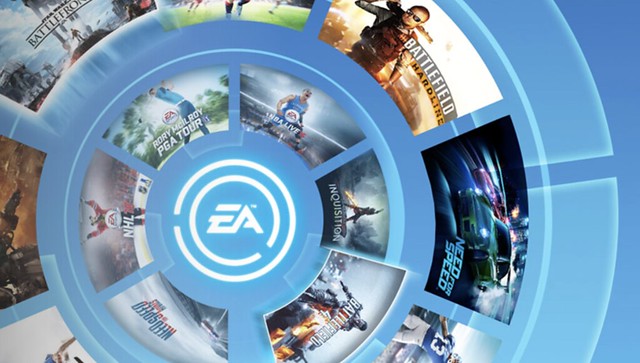 In the early aughts, Andrew Wilson found himself working at Electronic Arts in Burnaby. And after a handful of years hard at work, Wilson made his way to California, where EA is headquartered. Since his transition south, Wilson has clawed, and earned his way to the very top, and in 2013 was named the new CEO of Electronic Arts, and in 2015 was named third on a list of top CEO’s in North America by Fortune Magazine.

Since taking charge, Wilson has furthered the shift that will see a disc-based entertainment company floundering in a digital world, take charge of this disruption. The passion, and purpose that flew from the palms and lips of this CEO made for a delightful experience to witness. It’s evident that Wilson believes in his processes, and has a few things to teach other businesses in regards to their relationships with the consumer.

“Opportunity is everywhere, and endless, thanks to this digital world,” said Wilson at the inaugural #BCTech Summit.

The CEO of Electronic Arts, started off his speech with an abundance of statistics regarding the way a digital entertainment company deals with the world of consumers: 26 billion Smartphones, 162 minutes a day spent on said smartphones, 138 of these minutes in apps, but only 22 minutes spent in non-native apps.

So a mobile developer has 22 minutes of someone’s time in a day. But that’s not where it stops.

The average smartphone has 26 non-native apps installed and 1,000 new apps hit the app-store every 24 hours. So instead of 22 minutes in a consumer’s day, you now have less than 1 minute. Sub sixty seconds.

“All of a sudden this world of endless possibilities is very narrow,” Wilson said.

Which means, the way anything is to be approached in a digital space must be fine-tuned, and put forth with purpose. Gaming is going through the same process as the rest of the world. Trying to find out the solution to the same puzzle as every other industry.

When I was young, and consoles were strewn across the bedroom floor, half a foot from the giant (yet somehow tiny) projection TV, we sat on a chair (usually of the bean variety), and we played. We were tethered to a device, with a very specific max distance. Now, nothing is tethered. I audibly scoff every time I have to physically plug in a controller to charge.

“There’s a digital transformation that needs to be done within these large and small companies alike. And it’s not just about selling a product online,” stressed Wilson.

From a development side, Wilson has a three-pronged approach.

Ensuring that his teams have the right tech, or best tech, he can leverage that against the data (you must use the data he fiercely praised) to provide your best service possible. Any of these three wobble or fall, and the whole creation process comes apart. Resulting in a poor product.

In regards to his users, his approach/ideals is also in trio.

Wilson harkened back to the first time in 4 years he had attempted to attend the cinema with his wife. Having two children, he joked about not even knowing where a theatre was located anymore. But when Wilson booted up the Fandango app, he not only got an extremely easy and pleasurable experience finding the movie he wanted, but also the nearest place to see it. The purchasing went smoothly. And he was able to attend the screening with his wife, much to the joy of the Star Wars fan inside.

He found what he was looking for, was able to buy it, and then enjoyed it. Making the Fandango app a perfect example of execution.

Which brought us to the meat and potatoes of the talk. The basic idea that fuels every action he puts together as chief of one of the world’s largest entertainment companies; Building Relationships.

Now, Wilson isn’t referring to the rubbing shoulders with fellow devs over free drinks and dim lights, only to be able to drop their name the next time you need a step-up. He’s talking about a semi-fictional relationship with your consumers.

“We’ll put up with a bunch of crap before we look to get out of a relationship.” joked Wilson.

And it’s true. If you establish a base relationship between your company, and your fans, it will take major crisis situations for them to adopt other avenues and leave yours behind. Wilson uses his love-hate marriage with United Airlines as an example. Regardless of the barely edible food, they always call him by his name, treat him nicely, and “generally” get him to where he wants to go.

It’s about building these relationships. Commercial relationships. To which, Wilson broke down into three portions of focus. I think he really likes the number three.

To start, EA is focusing on connect each player with others. In a study done (Dunbar’s Number), it was determined that the biggest a group can get without losing purpose is 150. However, at that size, roughly 40% of the effort of the group must be on sustenance and nurturing. On the opposite end, the minimal number, which happens to not need to spend time nurturing, is just seven.

“Our players care a lot more about the other players they are connecting with, rather than the content they’re taking part it,” summarizes Wilson.

And this is mostly true. A mediocre gaming experience can be endlessly entertaining, should you have the opportunity to partake in it with people you like.

The second major focus is connecting your players with the content.

“Long before people think of your corporate brand, they consider what it is you’re offering them,” Wilson said.

Using the data tools you’ve put into place, you can spend months/years researching how players interact with your content. What maps are they avoiding? Which game-types are they leaning towards? And if you did the creation process right, the data will be there, and it should change the way you plan/develop/release.

EA has set up EA Access, which gives players unlimited access to the EA Games catalogue, and they use this portal to collect an unimaginable amount of data. One of the findings is that players who play 3 games, in no specific rotation, almost never leave EA’s ecosystem. It’s actually odd how sharp that line is. If you’ve got 3 or more EA games in your rotation, you’re less likely to go play other games elsewhere. Armed with that, EA has been working on ways to get people who only have 1 or 2, to invest in up to 3. This is being done through quality, and expanse of diversity in experiences.

Brand is the final piece. A big part of your brand is your people, and Wilson spoke fondly of words once said about Starbucks. “They’re not a coffee company that has good people. They’re a people company that sells good coffee.”

Add to this some notable visuals, and stable franchises, and you’ve got the building blocks of a great brand presence. EA uses Access and Origin to cement their brand. On those platforms you can only find EA titles/franchises. People are familiar with the all-around representation that comes with an EA games’ … game.

Lastly, Wilson adds that you need to “be everywhere they are.” As a principle to his frantic execution, Wilson pulls off the overly-attached-boyfriend roll in stressing that “In this digital world, you have to be there no matter where your fans are. If you’re not, someone else will be.”

Which is why we’ve seen an increase in non-mobile companies take to both creating entertainment on mobile, and portals to non-mobile environments on mobile (see: EA’s Battlelog mobile apps). EA buys billboards, paper ads, television ads, mobiles ads on top of already having community tools at the fingertips of every mobile phone user. They want to be everywhere.

It’s refreshing to hear directly from the person at the end of the strings and knowing that a company we all hold dear is heading in a better direction has a sweet taste. They’re moving in a more illuminated direction. And being smart about it at the same time. It’s applause worthy.

Somehow, their CEO Andrew Wilson still found time to come to the city where he got his first shot, and had a ton of great advice on how to structure the facets of your entertainment endeavour.