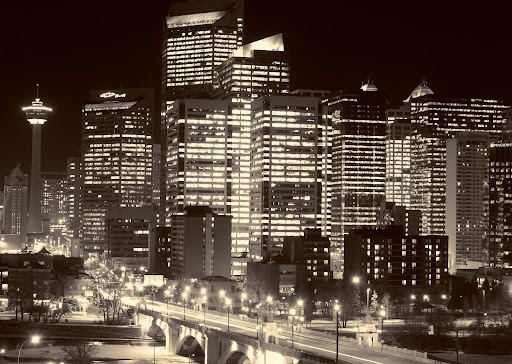 Calgary is famous—and infamous—for its oil. But few outsiders realize that technology and entrepreneurship are also prominent elements in the city of 1.2 million.

Cybera even went so far as to call Calgary “Canada’s startup capital.” Of course, they’re from Alberta, so there is bias. But still.

With some of the lowest unemployment and highest job demand in the country, the Alberta city is poised to become one of Canada’s next major tech startup hubs, alongside the likes of Vancouver and Toronto. That is, if local entrepreneurs can find money without moving.

Despite incubators such as AcceleratorYYC, run by Tori and Christian MacLean and Pieter Boekhoff, and support organizations such as the A100 and Innovate Calgary, venture capital in Alberta doesn’t seem to reach its technology startups.

Adam Joyce, Executive Vice President of Podium Ventures, wrote that “Calgary is a good place to build a tech startup.” Why? Smart people, good tax structures, and fair wages, among other things. But he also acknowledged that the city’s tech entrepreneurs remain in shadows cast by the region’s energy industry. There isn’t enough local money flowing into tech startups.

“We need to increase the size of the community,” Adam affirms. “[We need more] money available to risk and develop,” he says of tech startups. If Calgary companies must keep flying out of Alberta to find funds, they may not return, and the ecosystem the city so badly wants to create will never materialize.

Still, obstacles aside, Calgary remains able to churn out some great startups. To name but a few, there is Kudos, a corporate social network designed to enhance employee engagement; Katipult, a professional crowd-funding website that helps non-profits raise funds for social good; IWillHelp.ca, a platform that enables people to donate a portion of their daily transactions to charity; and SFN Biosystems, which captures vented combustion by-products and turns them into a multi-use algal biomass that can be used to produce food and supplement products.

Every city in Canada has weaknesses in terms of fostering technology startups. But each one also has strengths. If Calgary can pry investors’ wallets from the oil-stained hands of energy sector execs, the city may indeed become Canada’s startup capital. But for now, established ecosystems in Toronto and Vancouver still see the city in their rear-view mirrors.