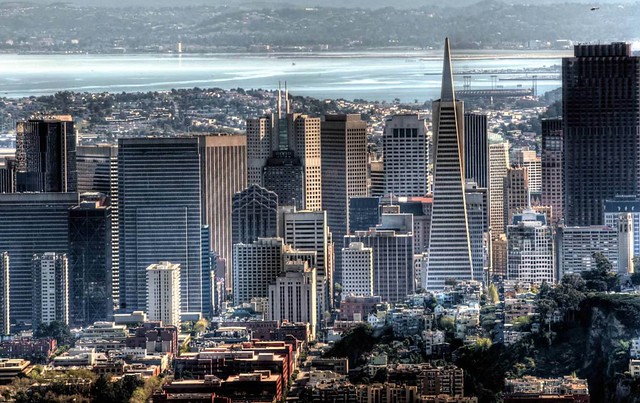 Borders continue to shrink and global markets are increasingly open. But are Canadian startups siezing these unprecedented opportunities?

Turns out, they might not be. In fact, most Canadian startups aren’t even doing enough in the US to maximize their success, some suggest.

“A Canadian startup that refuses to take Silicon Valley seriously is naive,” said Devon Galloway, the chief technology officer at Kitchener’s Vidyard, at a C100 Roundtable during Dreamforce this week. “You can’t afford to ignore the Valley.”

The main topic of discussion at the roundtable, held in Salesforce’s offices in downtown San Francisco, was about Canadian startups realizing their full potential. And the message was clear.

“It’s okay to remain headquartered in Canada,” noted Clarence So, executive vice president of Salesforce1, “but you still need to have at least a couple feet on the ground in San Francisco or the Valley.”

99% of employees in Canada work for small- to medium-sized businesses, according to Industry Canada, making healthy startup ecosystems a crucial component of the company’s economy.

“For the sake of Canada’s productivity and its future as a nation of innovation, we need more scale, more billion-dollar companies,” argued Katherine Barr, a Canadian expat who is now a general partner for Mohr Davidow Ventures in the Bay area. “Canada needs 50 Blackberrys, not just one.”

That global ambition she cites isn’t quite there, however. An Angus Reid poll shows that while 81% of Canadian SMBs have considered expanding their business outside of Canada, less than half consider themselves likely to actually do so.

Still, there is hope. Barr says Canadian companies tend to have “very solid business fundamentals,” often more so than their Valley counterparts.

“The talent coming out of Canada is world-class,” agreed So.

Change is coming, Barr insists. And in some ways, it’s already here.

Funding in Canada remains an issue, though. Barr noted that local investors often wait for a US investor to lead a round before agreeing to a deal. And the limited number of Canadian venture capitalists, angels, and funds also makes it difficult to raise rounds without crossing the border—but that’s just another sound reason to tap the US, the panel noted.

That said, Canadian startups are not afraid to bootstrap. 40% of them believe they do not require funding to grow, according to the Angus Reid poll.

As Canadian companies become more ambitious and global, the panel agreed it’s crucial that successful firms give back to their local ecosystems. That culture of giving back is a key part of what makes Silicon Valley successful.

“Silicon Valley does giving back really well, which helps foster an ecosystem,” Barr said, adding that “I’m starting to see this in Canada now.”

That doesn’t mean any Canadian hotspot should try to emulate every aspect of the Valley, however.

“We can’t all be Silicon Valley,” said Karan Mehandru, General Partner of Trinity Ventures. “But startups can thrive in ecosystems with different strengths. The Valley has strengths, New York has strengths, Canadian cities need to identify their strengths and use them.”

And as a startup, just try to build the best company—which probably means spending a little time in the Valley.