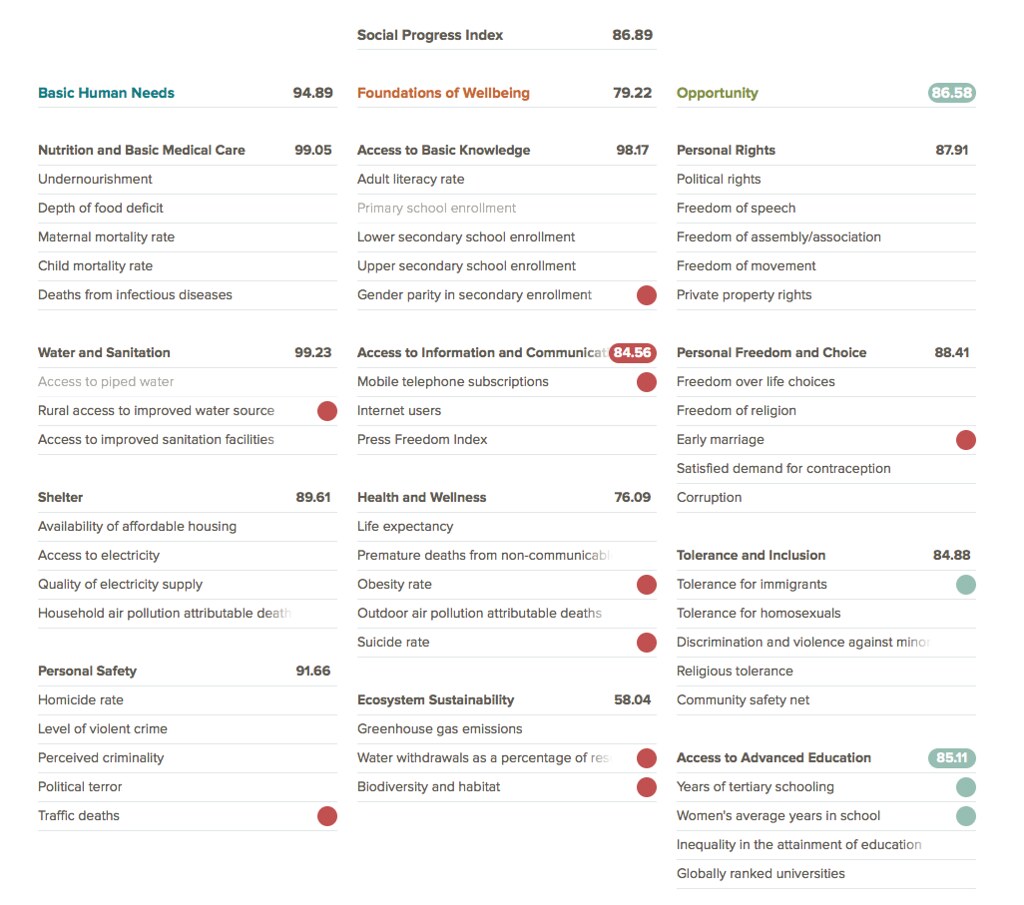 Canada has been ranked has one of the most socially advanced countries in the world. We’re also fat.

Ranking 6th out of 133 countries in terms of social progress, Canada is the best country for the world for “opportunity for its people,” thanks to high marks for tolerance of minorities and political rights.

However, we apparently suck at owning cellphones—no thanks to high, oligoploy-fuelled consumer costs—ranking just 101st. Cellphone penetration rate here remains below 80%, while many countries are at virtually 100%.

And with more than a quarter of Canadians considered obese, that’s another of our major problems. We’re not quite as fat as Americans—duh—but compared with most of the world, we’ve got a lot of flab to lose.

Still, Canada remains overall well ahead of its southern neighbour, whose social progress is pegged at a distant 16th place. And we improved over last year by one rank.

“To truly advance social progress, we must learn to measure it, comprehensively and rigorously,” the report says. “The Social Progress Index offers a rich framework for measuring the multiple dimensions of social progress, benchmarking success, and catalyzing greater human wellbeing.”