The Canadian government is continuing their experiments with blockchain to see how the new technology can further help the country.

The federal government announced that it will pioneer the testing of the Known Traveller Digital Identity system, a new concept that helps to improve the security and flow of travellers across borders. This new program uses biometrics, cryptography and distributed ledger technology to give travellers more control over how and when they share their information with authorities. This can lead to expedited clearance and build more trust and transparency between travellers and authorities as they look to improve risk detection.

The concept of a Known Traveller is based on the principle that a traveller should have total control over their own identity. If a traveller can control their own identity and decentralize it from governmental databases, they can push proof of their identity information—secured by blockchain and cryptography—to both governments and private sector companies throughout a trip. The concept is further explored in a report prepared by the World Economic Forum.

The biometrics outlined in the report as being the most effective for use with the program to identify travellers are fingerprint recognition, facial recognition, iris scans, and vein pattern recognition.

The first country Canada will work with is the Netherlands, and the pilot will demonstrate the potential use of those emerging biometrics technologies as well as distributed ledger initiatives and their impact on air travel between the two nations.

“Biometric authentication technologies are the key to digital transformation in air travel, enhancing the security process and enabling a personalized, seamless flow,” said Nobuhiro Endo, chairman of the board, NEC Corporation.

In the flowchart below, a traveller enrolls in the program, is assessed for risk before travelling by a governmental authority, validated, then granted hassle-free travel. Testing has begun with dummy systems and will progress to low-risk environments sometime in late 2018 or early 2019.

Known Traveller Digital Identity runs in collaboration with the World Economic Forum happening this week. The prototype program was developed in partnership with Accenture, with the Canadian government also helping to collaborate by designing a proof of concept pilot between themselves and the Netherlands.

The launch of this new program is part of a roadmap that will see Canada and other countries begin to radically transform the border-crossing experience for travellers. The program will follow a “start small, scale fast” mentality, as shown below. According to a release, by 2030 international air arrivals are expected to reach 1.8 billion passengers, a 50 per cent increase from the 1.2 billion arrivals recorded in 2016. 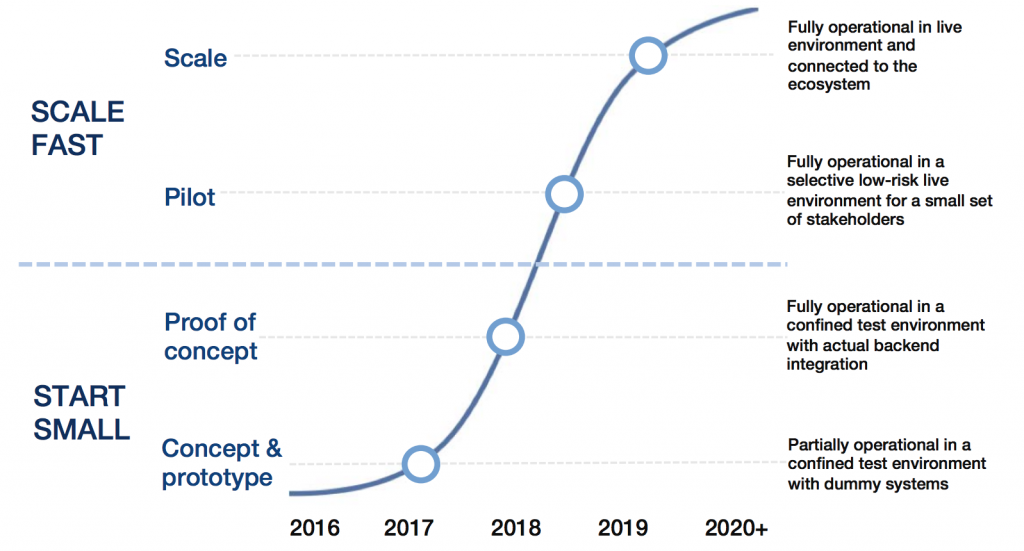 “With travellers providing access to verified personal biometric, biographic and historical travel data at their discretion, they can assist authorities to undertake risk assessments and pre-screening in advance: essentially verifying their identities and providing secure and seamless movement throughout their journey using biometric recognition technology” said John Moavenzadeh, head of mobility system initiative at the World Economic Forum. “Not only does this provide for greater personalisation and passenger-centricity in the design of services, but the passenger becomes a central actor in ensuring public safety.”

The pilot prototype stemmed from two years of research and cooperation between public and private sectors in the World Economic Forum’s Security in Travel Project. A study was published detailing the work, titled The Known Traveller. The report’s partners included names like Google, Accenture, the Canadian Government, the U.S. Department of Homeland Security and more.

Digital borders and the concept of relegating identity to a traveller versus the country they hail from is interesting but it comes with its own set of problems as well. Not everyone will want to have their identity uploaded to a database forever, whether they be technophobic or just apprehensive around how those databases will be managed and accessed. The Known Traveller Digital Identity can reduce profiling and increase safety, but only if a significant portion of a population signs up.

The Canadian government has experimented with blockchain and distributed ledger technology recently as a way to improve the grant and funding process. They are also making inroads to allow ground travellers enter the country a bit more smoothly. It’s been a busy past year for Canada and blockchain so expect to see the government—as well as private industry—use the technology more and more.