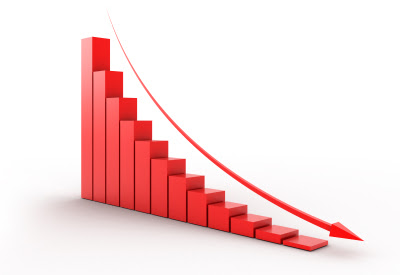 Canadian mid-sized companies decreased by 17 per cent between 2006 and 2010 largely due to “intense competition” and a lack of available funding.

The new numbers came as part of a study by the Business Development Bank of Canada (BDC), seeking to fill an important research gap in mid-sized firms. The BDC combined numbers from Statistics Canada with survey results from market research firm Harris/Decima.

Over one third of participants said heavy competition was a large reason why they either reduced to smaller firms or shut down operations. Other factors included difficult market conditions, market saturation and poor economic conditions. Two out of every five leaders of mid-sized businesses said that difficult access to capital remained a large challenge in trying to grow. Bank lending was the overwhelming source of financing among these leaders at 55 per cent.

“This decline should signal a call to action as mid-sized firms are vital to the Canadian economy,” said Pierre Cléroux, BDC Vice President and lead author of the study. “They’re few in numbers, yet their contribution to Canada’s economic prosperity cannot be overemphasized. They really do punch above their weight.”

The worst hit sector was manufacturing, which saw over half of its firms close down between 2001 and 2010. While every province saw declines during this period Ontario was hit the hardest, losing 25% of its mid-sized businesses. Quebec came next on the list.

The study also found that 14 per cent of mid-sized businesses became small firms or closed down every year from 2006 to 2010 while just 1.4 per cent grew to become large-sized companies with over 500 employees.

The study points to some key points, notably the restructuring and subsequent decline of the manufacturing sector in Canada. As a result mid-sized firms shifted towards other sectors like retail, accommodation and food services, business services, construction and the financial and real estate sectors.

On a positive note the study suggested that mid-sized business leaders are open to seeking advice and financial support from private and governmental organizations.

The BDC said that these businesses clearly deserve more attention though. “We need to have a clearer portrait of their needs, specifically with regard to access to financing,” wrote Cléroux. “We believe more research should be undertaken to understand the financial and managerial elements they need to achieve growth and prosper within the current economic environment.”