One in four Canadian kids have admitted to cyberbullying, while one in three confess to being a victim.

These are the findings of a new study from non-profit organization MediaSmarts, which polled more than 5,400 students. The figures sound bad—but the report actually goes on to suggest that cyberbullying is not as serious an issue as parents believe.

“There’s frequently a perception in the media and certainly held by schools and governments that there’s an epidemic of cyberbullying and a perception that some of the most extreme cases with the most tragic results are the norm,” Matthew Johnson, director of education for MediaSmarts, told The Canadian Press. “What we see in fact is that it is much less common and much smaller numbers of students experience significant harm.”

Name-calling the was most common act of bullying (done by 78% of cyberbullies). 12% attacked someone based on race or religion. 7% made fun of sexual orientation. 4% admitted to sexual harassment. But most kids don’t associate their actions with cyberbullying—they consider it normal part of “the drama of teen life,” according to Johnson. 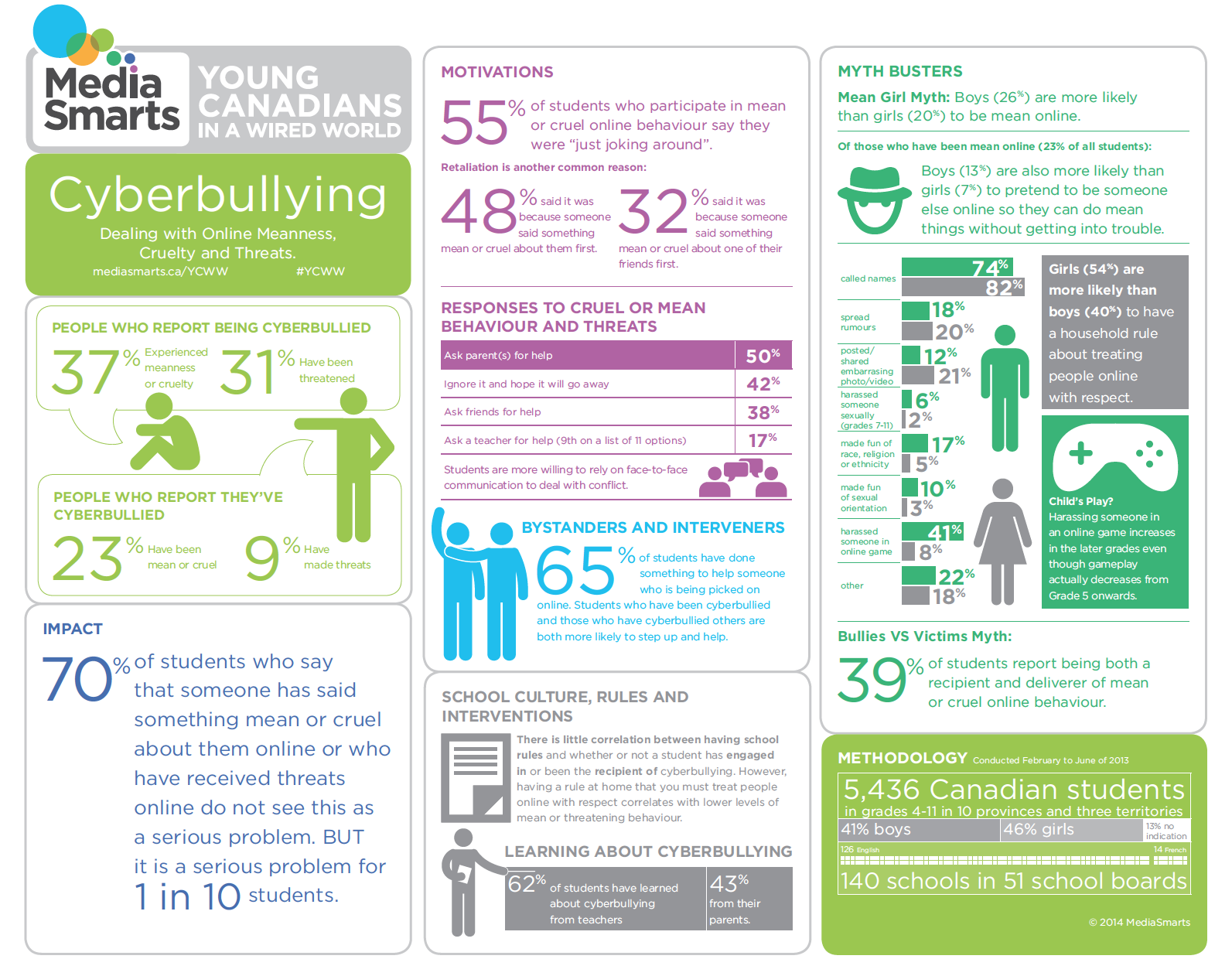 Still, there are causes for concern, according to the report, titled “Young Canadians in a Wired World, Phase III: Cyberbullying: Dealing with Online Meanness, Cruelty and Threats.” Quoth The Canadian Press: