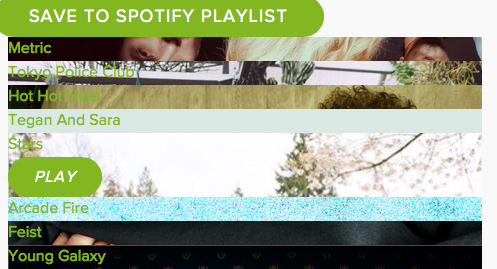 Shopify has launched an online tool that enables Canadians to find local artists that are similar to non-Canadian ones.

The tool works simply. Enter a band or artist and the tool works to “Canadify” the musician, offering up a list of Canadian counterparts.

For example, typing in Detroit’s “Eminem” will recommend Drake, K-OS, and Classified, among others. Typing in “Grouplove” draws comparisons to Metric, Born Ruffians, and Tokyo Police Club, among others.