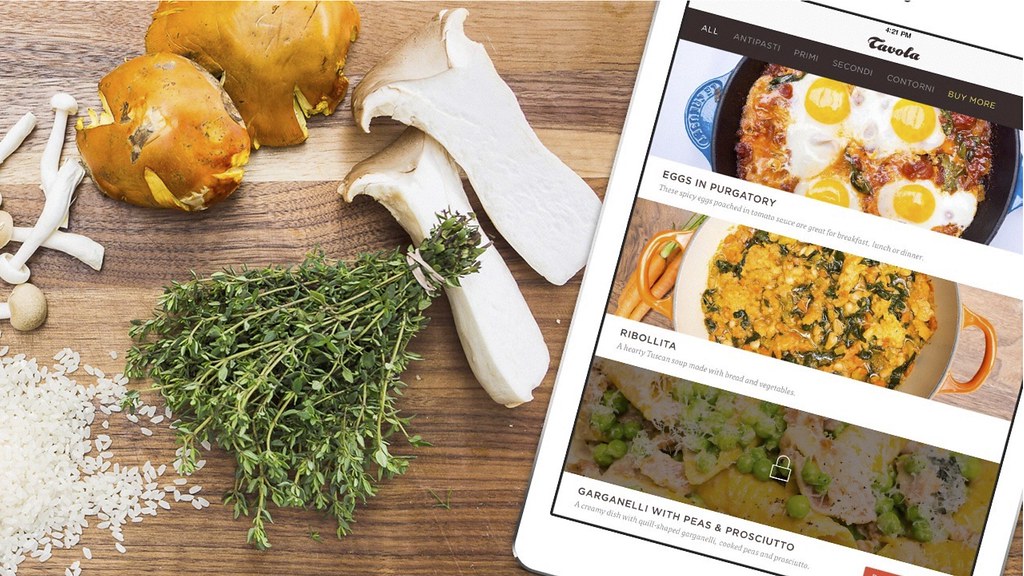 Chef Daniel Costa had been approached numerous times to develop a cookbook but was never nterested by the idea.

“Making food is so much more than just putting ingredients together,” he explains. “I wanted to create an experience that gave emotion to the recipes, and a traditional cookbook couldn’t deliver that.”

Enter Tavola, his new “cooking experience” app for iOS, which pairs food with wine and music (via Rdio playlists).

“We knew that the mobile experience was capable of completely reinventing the traditional cookbook,” says Doug van Spronsen, Managing Director of Versett, an independent digital agency. “Music and food are such a natural fit so it was exciting to pair them together with Daniel’s amazing recipes.”

Costa, head chef of Corso 32 and Bar Bricco, says his app currently contains more than 50 Italian recipes, and that users of his app an explore additional recipe packs that will be released over the next year, exploring different regions and themes.