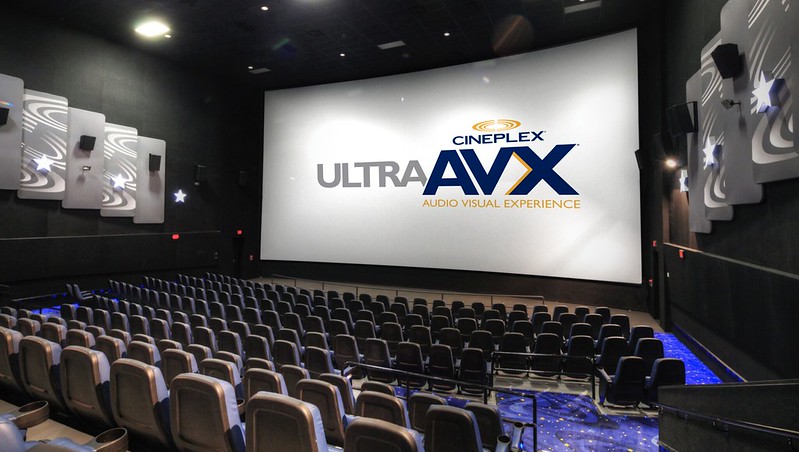 Movies have come an incredibly long way since the invention of the film camera back in the 1890’s.

For the first decade or so, films were under a minute long and the first “talkie” didn’t come around until close to 1927. As innovative and forward thinking as producers and directors were about the future of the industry, people like Charlie Chaplin, Alfred Hitchcock, Mary Pickford and the like would be flabbergasted to see the completely immersive experience audiences have come to expect for their evening of entertainment.

Enter Cineplex, Canada’s number one feature film exhibitor who over the last decade or so has transformed the way we watch movie—and they have done that mainly through the use of technology.

One big modern day edition is the invention of an interactive gaming experience called Timeplay, which has taken the pre-show period while you are waiting for the film and made it almost as entertaining as the movie itself.

“With Timeplay, we have turned our audience’s smartphones into game controllers and let the crowd loose on the big screen,” says Sarah Van Lange, Director of Communications for Cineplex. “This innovative gaming system allows our guests to compete against each other or as a team against the computer.”

Timeplay is mainly a series of trivia questions that the audience has been asked and the questions are usually reflective of actors or movies that are currently in theaters, such as questions about Harrison Ford before the recent Star Wars release. The prize for winning is Scene Points which is the in-house currency guests can use to buy popcorn, candy, pop and even future movie tickets.

Before you start thinking that pre-show trivia is all this juggernaut of an entertainment company has to offer then fear not: they have also taken the experience of watching the film itself and put it on some major steroids.

Let’s start with their Ultra AVX system, which stands for Ultra Audio Visual Experience. It features wall-to-wall screens, Dolby Atmos surround sound, and ultra-high definition from a Christie 4k projector. he seats are also extra wide and you get to reserve them in advance.

Another interesting and popular feature is 3D. Many people (mostly older folks) whine about the fact that too many movies are coming out in 3D even though they don’t need to be, but when you find that special action or adventure film that really gets that extra kick when things jump out at you, it adds to the experience.

Sarah points out another recent invention that moviegoers are buzzing about.

“A truly unique experience, D-BOX Motion Seats move in concert with the action on-screen, immersing moviegoers right into the action. Each seat is equipped with individual intensity controls that allow motion effects to increase or decrease, based on the guest’s preference. The seats are oversized and plush, and results are subtle, refined and precise motion effects.”

If that wasn’t enough to get you out of the house then just wait for the future. “We’re currently evaluating a 4D film experience that combines a 3D film with physical effects that occur in the theatre. The effects simulated in a 4D film—which can include rain, wind, strobe lights and vibration—are synchronized with the film on the big screen, making it a truly one-of-a-kind experience.”

There is an old story that in 1895, when Lumiere’s film “Arrival of a Train” first came out in theaters in Paris, when the screen showed a shot of the train coming directly at the audience the first few rows jumped up and ran out in terror because they were afraid that the train would run them over.

Audiences are a little harder to please these days, but Cineplex is sure going to try.