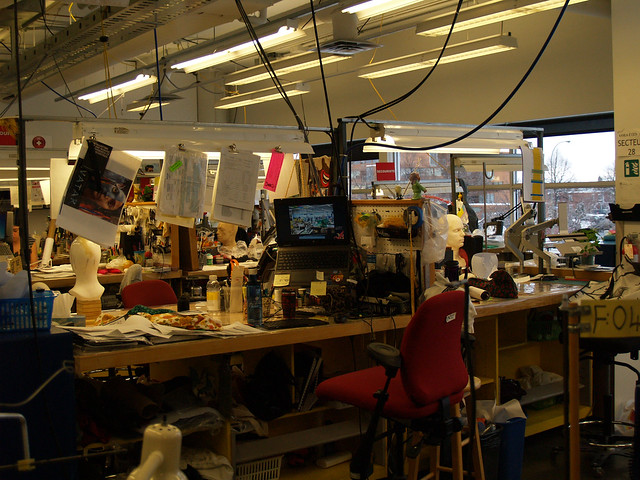 Montreal-based Cirque du Soleil is known for the almost magical quality of its performances, for effortless-looking feats of acrobatics and otherworldly makeup and music.

But behind the scenes there’s a massive operation to make sure the shows go own.

The circus, which celebrates its 30th anniversary this year, employs almost 4,000 people and has annual revenue of around $1 billion.

And, like many global businesses, Cirque is increasingly moving to the cloud. While the circus isn’t adopting a “cloud-first” policy, Bernard Hébert, its vice-president for information and business systems says that he expects 75 per cent of all the company’s computer applications will be cloud-based within four years.

Many of those applications developed by German software giant SAP, whose cloud-based products Cirque uses for talent management and purchasing. With SAP’s recent acquisition of Concur Technologies, whose travel and expense management system is used by Cirque, the circus and the software maker are doing even more business together.

It’s a business relationship that Décarie has been a part of since the beginning.

Sixteen years ago, Décarie was a consultant at Deloitte when he approached by one of the circus’ owners and asked to evaluate whether SAP would be a good fit for Cirque’s needs.

He says he told Cirque, “my answer is neither yes or no, my answer is yes if you want to grow.”

Shortly after that, Cirque hired him to oversee the implementation of SAP software company-wide.

“It plays an indispensable role” in putting the circus’ artists on stage, Décarie says.

While Cirque will spend month in research and development for a new trampoline, that’s not the approach Décarie wants to take with the software it uses.

“We are in the entertainment business,” he says. “Not in the software business.”

But technology is necessary for the circus to function.
“Imagine for a minute the challenge of selling 12 million tickets a year,” Décarie says and with the circus’ touring nature, that means those tickets are sold in 19 different currencies.

The circus also has procurement costs of $450 million – a number that includes the 18,000 costume items it buys or makes every year.

While the products the circus buys might be unique, its buying process are the same as any other company says Nadia Malek, Cirque’s head of procurement. She says a purchase could involve someone on the ground for a show in Japan, a supplier in Europe and the company’s head office in Montreal, which makes having a single cloud-based system extra important.

With cloud-based solutions, “when we plug-in in the middle of a parking lot we can immediately start running our business,” “Décarie says.

“When you’re in a multi-million dollar deal or project” with Apple, Disney, Michael Jackson’s estate and others “all at the same time, you need credible tools,” Décarie says.

Cloud-based solutions aren’t the only place cirque is using new technology. It uses a 3D scanner to scan the head of every performer – to ensure that hats and wigs will fit perfectly.

“For Cirque, growth is synonymous with innovation,” Décarie says.

Ultimately, for Cirque, a lot of its technology decisions come down to having the flexibility needed by such a large, diverse organization.

“You can imagine, managing an accountant and managing a clown is not the same thing,” says Marie-Josée Guilbault, Cirque’s senior vice-president for organization and culture.