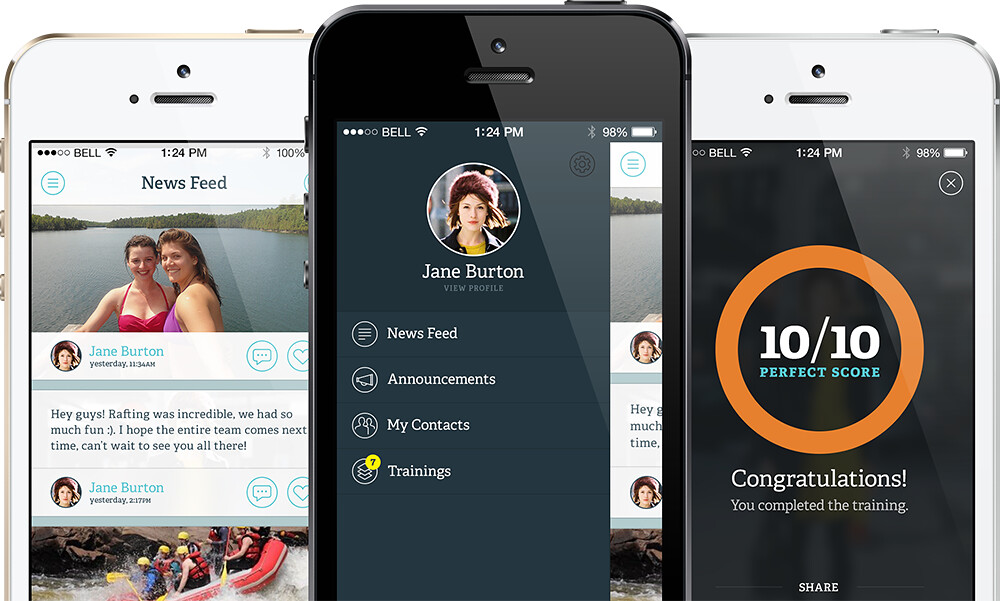 When Brett Patrontasch launched his first business, a brand that sells residential painting franchises to students, he had a problem – there was no way to connect directly with front-line workers.

Now, with his new startup Coffee Mobile, he’s trying to change that for other brands.

“We build an enterprise app,” he says, “that helps franchises connect with their front-line staff on mobile.”

Several national brands think it has potential. Yogen Fruz, Pita Pit and Beaver Tails are all rolling-out the app to some of their locations. In total, Coffee Mobile will come into use in 600 stores – mostly quick serve restaurants – over the next couple months.

The idea is that businesses will use the app in the on-boarding process and to deliver training content, things that have to be done anyways – either through the app or through another medium.

Patrontasch says this will save companies money because they won’t have to deliver as much in-person training or build their own electronic training programs from scratch.

That’s just part of it. He says employee scheduling information will also be on the app and there’s also a “gamified quizzing component.”

But he says there’s also value for companies in the way the app allows them to communicate with workers.

If a café chain is having a barista competition, for instance, they use the app to tell their employees about it, something that has been difficult. There’s also the ability to keep workers informed about new specials and deals while brands spend a lot of money to tell customers about what’s going on they “don’t really have a channel to reach employees,” he says.

“All this stuff happens already in really fragmented ways,” Patrontasch says. “We can save companies a huge amount of money.”

The big question is will workers use it. Patrontasch says he thinks the fact that mandatory training will be on the app will get workers using it and he says that a lot effort is being put into the user experience to keep them coming back.

For Coffee Mobile the next step is to “continue scaling to larger national brands,” Patrontasch says. He’s also looking to expand to “markets where web doesn’t really penetrate” like India and the Middle East.

He’s also starting to fundraise, and Coffee Mobile is currently raising a seed round.

While there might be demand for a while-label version of Coffee Mobile’s app, Patrontasch says it’s not something he’s interested in doing.

“It’s my preference to be that employee-facing product play,” he says. “There’s more brand equity in the business.”

But the early-stage startup still has a long road in front of it.

“Our clients are at the early-adopter phase, they’re cutting-edge,” Patrontasch says. “If everyone was ready, we’d be too late.”