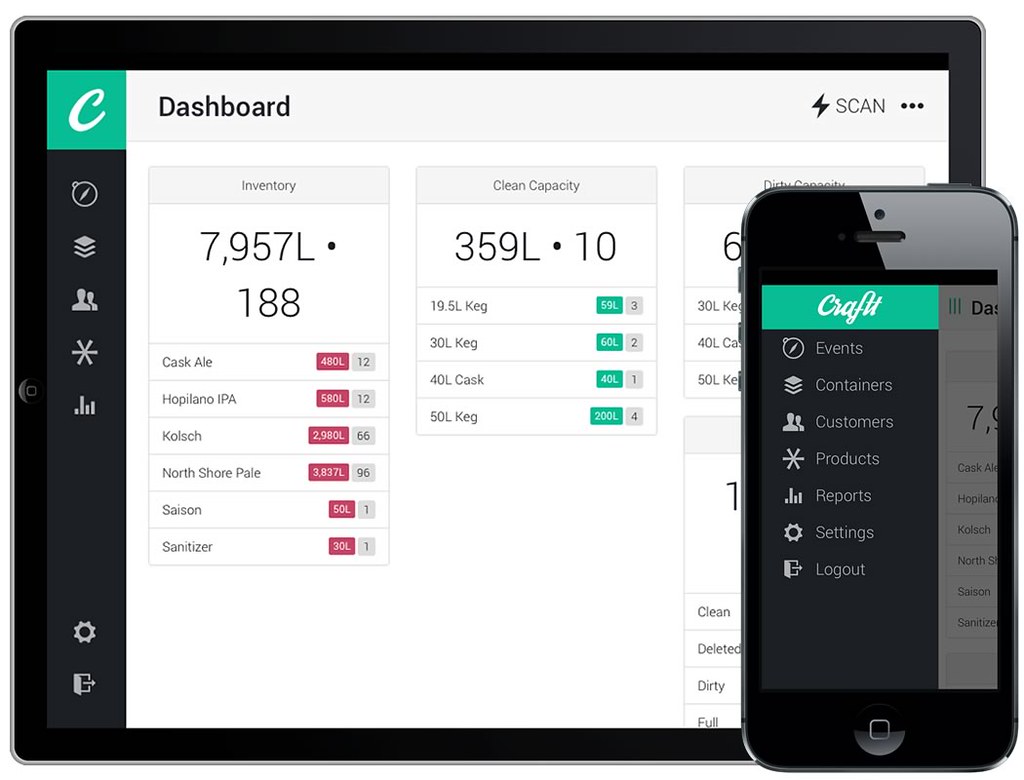 Craftt, at its simplest, is an inventory management tool made especially for breweries. It allows craft brewers to keep track of their inventory by making sure their most expensive asset, their kegs, are all accounted for throughout the product’s lifecycle.

Ryan Stratton is the founder of Craftt. The idea came to him after multiple conversations with his brother, Jason, the entrepreneur behind Bridge Brewing Company in North Vancouver.

Jason’s initial growing pains pinpointed one of the main challenges that many breweries face: knowing where their kegs are at any given time. For breweries, one of the most significant expenses comes from the containers used to store and ship beer and losing a keg along the way can be an unwelcomed blow to a small business with a small budget.

Because the software for real-time tracking didn’t exist, and what was available wasn’t working for Jason’s small business, Ryan wanted to create something that would. He began working on a prototype, coding something on his own for Jason to try out.

After some positive feedback and a growing interest from other breweries, Ryan’s initial version began looking like it had real potential. In April, 2014, he started working full-time on what would become Craftt. Ryan’s main goal was to create an affordable and effective platform that small manufacturers like microbreweries could use to track their product, the beer, as well as an asset like a keg.

By developing a system which marks each keg with its own unique barcode, brewers can now track their asset as it progresses through the cycle of being cleaned, refilled, and shipped out. Craftt’s users are able to see what products customers have, how often they order, and when they placed their previous order. The software is even advanced enough to be able to provide useful reporting so that brewers can see their capacity, track their inventory and assets, and forecast and adjust production based on projected demand. Working to save breweries time by making the management aspect quick and painless, Craftt aims to be the go-to tool for brewers looking for a tailored solution.

Craftt is currently available as an in-browser app, allowing users to be informed in real-time wherever they go. Officially launched in September of 2014, the Craftt team is currently working on developing their Micro and Mega plans for medium to large-sized breweries. The Nano plan, offering 500 refillable containers, up to 10 users, one year of data retention, and basic reporting features, is open for signups. Users can choose between a monthly and yearly subscription option and new breweries also have the chance to try Craftt out for up to six months for free.

Participating in VIATeC’s accelerator program, Craftt is making use of the great resources that Victoria’s tech ecosystem has to offer. The company recently secured an investment which it is using to expand the Craftt team in the sales and software development departments.

The future of Craftt looks bright. The company’s current goal is to continue to expand in the local market, already attracting breweries on Vancouver Island, as well as the lower mainland and beyond. The long-term goal is to reach 1,000 breweries before expanding to other small artisan manufacturing businesses.