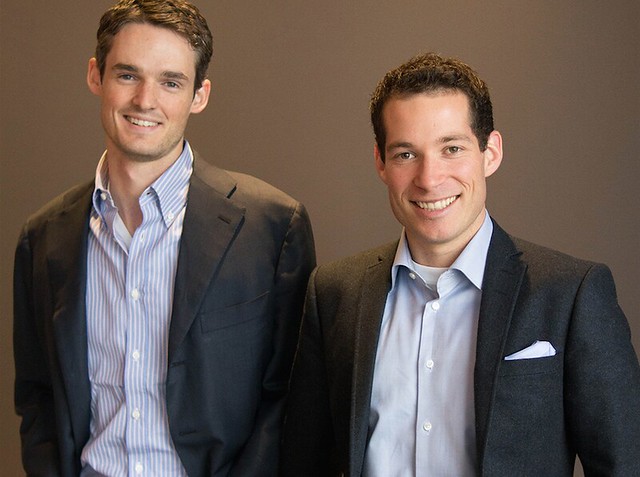 There’s something about a return story that warms the soul.

We’ve all, at one time or another, returned back to the past. We’ve all walked through the elementary school where we first learned, realizing that we’ve outgrown the place, and how much we’ve changed in between.

The magic of startups is that there is a sense of constant change. Much of the excitement in technology comes from the fact that in mere years, there can be more change than there was in the preceding decades.

The fun part about Daniel Saks and Nicolas Desmarais and their story is that both they and the Montreal startup scene they once inhabited have grown so much at the same time. When they return to Montreal with their company AppDirect, they will be bringing a wealth of new experience and knowledge to an ecosystem that is bursting with energy and growth.

Fresh off of raising a $35 million round from Mithril and Peter Thiel, as well as iNovia Capital, and the Foundry Group, AppDirect is a marketplace for cloud service and software providers that aims to make it easy for business to buy and manage their cloud services. They have reached about 20 million businesses spread over 150 countries. Their success has led to Forbes naming them one of the most promising companies for 2014.

Now they’re coming back to Montreal, a city where they first got their startup instincts. They’re coming back to a place they have always supported even while they were gone: when they were here, there was no Notman House, but they both contributed to building it. Gradually, fund after fund established itself in Montreal, and an angel ecosystem has steadily grown, a lot of it connected to the Notman House.

AppDirect plans to open an office in the Old Port, starting with a ten person team, but gradually expanding to 30 people. It will be a big open space that will smack of startup culture, with a team largely composed of QA specialists and R&D analysts.

It’s an exciting development for Montreal to have a hub for the future of cloud software reside, once more, in its confines. After everything that Daniel and Nicolas have been through, they’re now able to serve as a bridge between the experience of Silicon Valley to the growth within Montreal. They aim to support the local community, and bring the people they hire to visit California once in a while to take a glimpse of Silicon Valley.

It will ensure that more entrepreneurs just like them will either stay or return, helping grow a local ecosystem that will prosper with new knowledge and talent. Daniel and Nicolas started a successful enterprise derived from their Montreal roots—now, with their return, they hope to build on the successes of the Montreal startup scene to ensure that the next great Montreal-area entrepreneurs will have the resources they need to build billion-dollar startups.