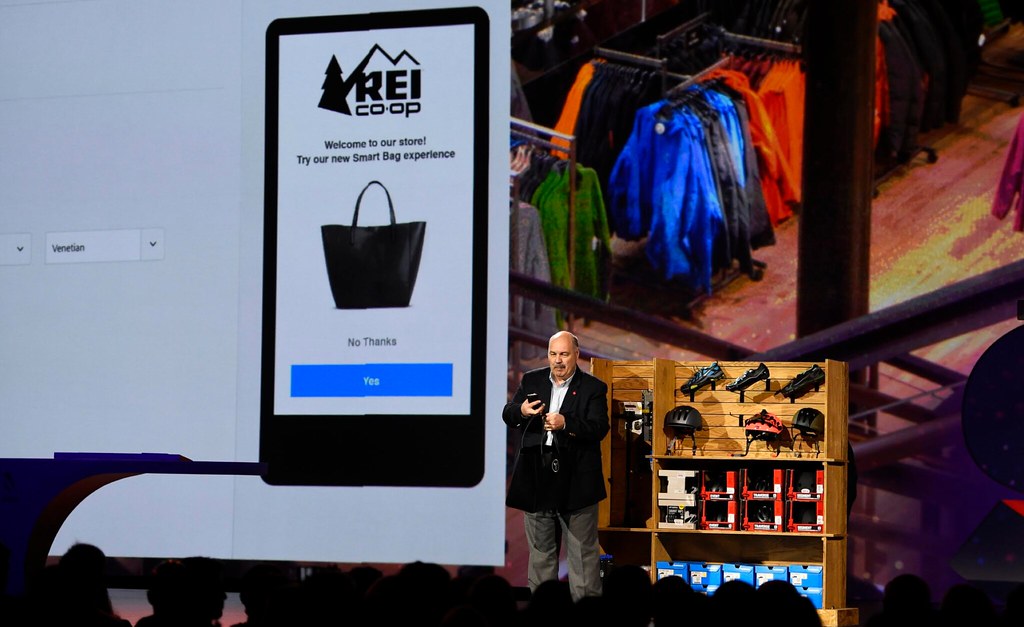 Deep linking solves an issue that has persistently deterred mobile users from downloading new apps since the advent of the app store, and Ray Pun, Head of Product Marketing for Mobile Solutions at Adobe, believes it will change the game for brand apps.

“It basically keeps the user in the context of what they initially saw in the ad or the promotion that led them to the app,” says Pun.

In an example onstage at the 2016 Adobe Summit general session Marc Eaman, Director of Marketing Cloud Technical Marketing, went shopping for a bike helmet at REI. He browsed for the helmet on REI’s website, and then downloaded the app when prompted. Rather than depositing him at a generic homepage, the app opened directly on a page about helmets.

This failed to garner much audible attention from the audience, which resulted in Eaman reminding the crowd that the engineers had worked very hard on this solution. Pun revealed that, if anything, this was an understatement.

“It’s probably taken us two years to solve this problem,” said Pun, “So it hasn’t been a trivial amount of R&D work.”

In fact, Adobe was one of the few companies attempting to solve the issue, and is the only big player that does not have a stake in the advertising game.

“The app stores haven’t tried to solve it. Folks like Facebook have jumped in but ultimately you’re not doing all your marketing through Facebook or Google, so the Marketing Cloud is where it belongs.”

While Adobe also demonstrated IoT features using geo-fencing beacons and Bluetooth-enabled shopping bags (both of which wowed the crowd), deep linking is seeing the most widespread adoption by brands, including Sears and the above-mentioned REI.

But is the future of the mobile retail experience apps? Many in the digital marketing community have expressed worries over “app fatigue,” since consumers are inundated with pleas from brands to download their apps. Pun admits that app fatigue is an issue, but says that not every customer of a brand has to use their app for it to be successful.

“The clear message we get from our customers is that they know their most loyal customers use apps,” says Pun.

Pun says that for many, the mobile website will be enough, but giving loyal customers an app that adds value to their experience will yield rewards. That’s only possible, however, if they can convince customers to download the app in the first place. Clearing this hurdle becomes more likely the easier the process is, which is why Pun puts such importance on deep linking.

“We’re hoping that the technology really takes off,” says Pun, noting that just getting brands to understand and recognize the issue can be the largest challenge.

“As more and more of our customers are becoming mobile-first, they’re asking more sophisticated questions,” says Pun, “But sometimes people still ask things like, ‘should I build a mobile website or a mobile app?’”

About half of the 10,000-person audience at the general session raised their hands when asked if it was their first time at the summit, says Pun, pointing to the fact that digital marketing is still growing. Within digital marketing, he adds, mobile is growing at a faster velocity than any other segment.

As for what Adobe is doing about it, says Pun: “Mobile is a big priority for the Marketing Cloud and the company as a whole.”