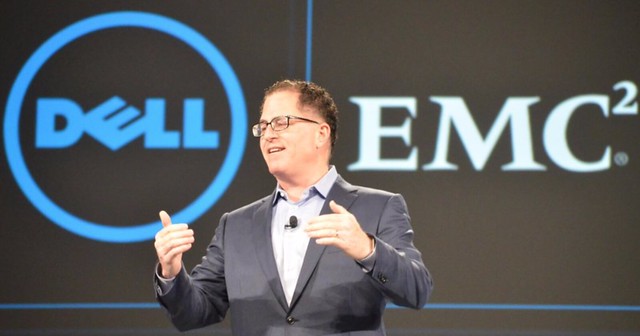 If it is not already here, it’s just around the corner.

Some say the digital revolution—the internet-age version of the industrial revolution that changed the world—is now, while others suggest it’s a few years away. Either way, Dell and EMC consider themselves well-prepared for it.

Speaking at EMC World 2016 in Las Vegas, Michael Dell spoke about the rapid rate of technological evolution today. He noted that Dell’s forthcoming merger with EMC will create a company well-positioned to capitalize on the digital revolution.

“By combining Dell with EMC, we can become the essential technology infrastructure for the next industrial revolution,” he said on stage.

He noted that the Internet of Things will be the biggest driving force, and also the biggest challenge.

“By 2031 the number of connected devices will grow from eight billion today to 200 billion or more,” he said. “That will be about 25 times the number of people on the planet. All of these connected nodes and devices will create massive amounts of new information. And using that information, especially in real time, to build a better world—that is the challenge of our generation.”

“Unlike the previous life and business altering events, it won’t take 100 years or more for the revolution driven by digital transformation and innovation to take effect; it will be realized in years, not centuries,” wrote Palmer. “I believe the companies that will thrive in the future will be the ones that have already started to embrace the opportunities presented to them by advances in technology, and the ones that are willing to adapt to changes coming over the horizon.”

The fused Dell-EMC company will be called Dell Technologies and will include in its umbrella several subsidiaries such as VMware and Virtustream. The transaction, touted as the largest in technology history, is expected to close later this year.