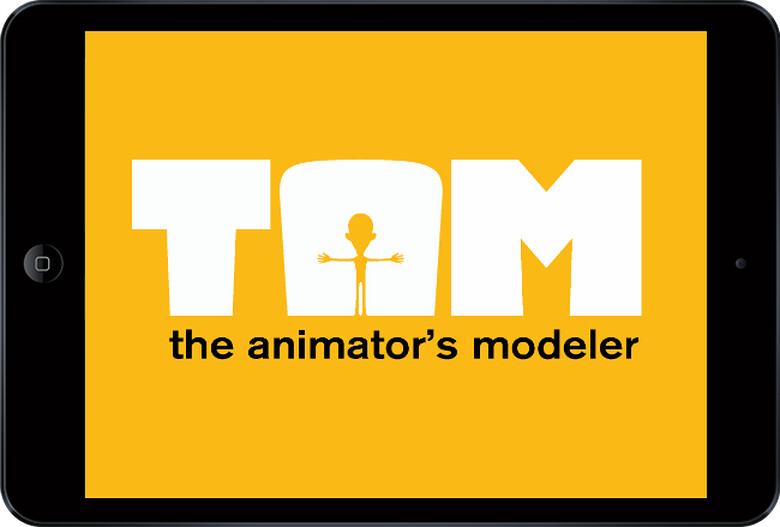 In a surprisingly easy to handle package, Disruptive Publishers is making big waves in the Digital Animation space with their new “labour of love” TAM.

The Animation Modeler (or TAM for short) is a tool viewed as a gateway, or a quick application for animators to whip up quick, or complicated 3D models, export ready for animation.

Nine-year-old Disruptive is serving it’s name justice, with an extensive history designing, and developing for consoles. A lot of those unique Avatar items, used for personalization or bragging rights, on Xbox Live were made by Disruptive. The Vancouver-based studio even designs a slew of themes for the PlayStation platforms.

When the in-house animators realized there was a lack of quick and easy applications for designing models, TAM was born. Exporting directly into Maya flawlessly, TAM provides a completely intuitive touch experience.

You can tap, and manipulate any part of the models body, using their anchor system for skeletal frames, and a highlight mode for specific body parts. Included in the application is a full dress-up menu, and even a few example animation sequences so that you can ensure your design functions as intended when moving.

“On the go… you have an idea, and you can just whip out your iPad and put something together easily,” said Nitesh Mistry, Disruptive’s Director of Business Development

And it works. The user experience is flawless, to a fault. I made my little character a cyclops with a big floppy hairdo (that bounced nicely during a run animation) to match his business-casual attire.

The application was “soft-launched” last year at a price point of around $30 Canadian on iOS devices. While this is currently the only available version of the tool, Mistry ensured that an Android, and PC version are in the works. Even a freemium model is on the way, free to install, and monetized during export.

As I said to Mistry, I see this hitting its stride as a prototyping tool. There are a lot of designers, and coders out there in charge of throwing prototypes of ideas together. What better way to pitch your pitch-build than with fully realized (albeit, a little cartoony) character models.

Check out TAM, now on iOS, and soon on Android and PC.