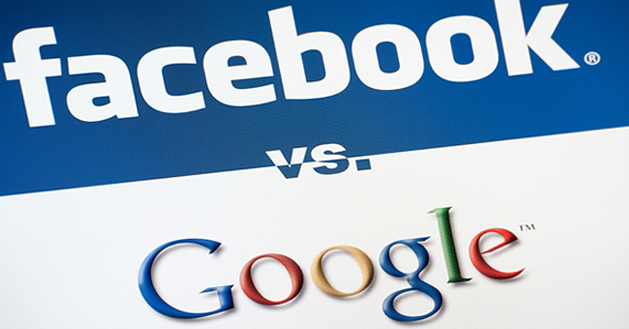 Google dominates online advertising. The company has a near monopoly on search and display advertising. Its video platform, YouTube, is the go-to destination for video advertising, with more than a million advertisers seeking to tap into its billion users.

However, upon closer analysis it becomes clear that Google’s grip on the top is not as strong as it seems.

THE ADVENT OF MOBILITY

Search is one such example. Recent comScore data suggests that consumers are less likely to use Google Search on their mobile devices (40% reach) than they are to use social networking and multimedia (85% reach). If fewer people are using Google Search on mobile, the future of the business as it exists today may be at stake. The company’s numbers are also hinting at this fate. Google’s recent struggle to meet revenue estimates and its slowly diminishing dominance in analytics, targeting, ad networks, and video could pose challenges for it in the future.

Some may argue that Google’s ownership of the number one mobile OS (Android) and three of the top five most popular apps positions the company well as advertising dollars shift to mobile; however, its existing application infrastructure simply guarantees the company a concerted attempt at evolving its online advertising services to suit a mobile environment. If Google is to succeed, it will need to ward off constantly changing competitive threats from players that recognize the commercial potential of mobile and can capitalize on users’ rapidly changing behavior.

One of these incumbents has distinguished itself over the last few years as a serious competitor. That company is Facebook.

As the leading social network, Facebook is positioned to take advantage of the growing opportunities in mobile. Its investment in the Atlas ad platform, access to robust demographics, and aggressive push into video are the early signs of Facebook’s potential to dominate the new mobile oriented online advertising landscape.

Facebook poses notable challenges to Google on several fronts. Consumers are gravitating to the smartphone, and Facebook is not shy about its plans to own the mobile experience. The company’s purchases of WhatsApp and Instagram combined with its 34% year-over-year increase in mobile daily active users solidify Facebook as an essential part of today’s mobile experience. Combine this with Facebook’s strength in video, superior data repository, and investment in Atlas, and there is a strong reason to believe that Facebook represents a formidable challenger to Google.

Video represents a growing and increasingly attractive opportunity for advertisers. Cisco recently predicted that mobile video will increase 13-fold between 2014 and 2019, and account for 72% of the world’s mobile data traffic. Although YouTube hosts hundreds of millions of hours of video views per day and is the clear leader in the space, Facebook is quickly rising to the challenge. Since June 2014, Facebook has grown the number of daily video views in its timeline from 1 billion to 3 billion by December 2014 (albeit there is discrepancy between what Facebook calls a “view” vs. what Google does).

Today, over 65% of Facebook’s video views come from mobile. The social network also reports that 50% of its US visitors view at least one video – a figure that skews high due to its auto-play feature, but one that is revealing nonetheless. These numbers are indicative of both high consumer demand for video, and Facebook’s eager push into the space.

From a product perspective, you could argue that Facebook’s ads are currently more accurate and offer better targeting than Google’s. Facebook is able to pull from a deep pool of social, contextual, and demographic data to round out the profiles of users. Google’s ads, however, rely on search and cookie data. Many reports suggest this type of information is not as precise as the intelligence provided by users themselves.

Finally, Facebook’s implementation of Atlas will exponentially increase its reach beyond its own platform, allowing the company to power ads across the web with its proprietary data set (on the back of the ad exchange it is reportedly building out with LiveRail). Atlas will allow the social media platform to track its users across content, apps and devices (without the need of cookies) outside of Facebook owned sites with close to 100% accuracy – something only a handful of companies (if that) can do. Overall, Atlas’ ability to increase Facebook’s reach and combine it with the company’s rich social data helps to make the platform a viable alternative to Google.

Critics of Facebook often cite that Google currently leads the global digital ad market with 31% overall market share and 49% mobile revenue market share. But with the time that smartphone consumers spend on each service being nearly identical (at 18% and 17%, respectively), it is clear that advertisers are disproportionately spending on Google services. As Facebook grows to command more time, attention and inventory – the market will correct itself and more ad dollars will follow.

WILL GOOGLE CONTINUE TO DOMINATE?

Google becomes vulnerable as mobility takes center stage, and Facebook is eager to take advantage of this. The advent of mobile will require companies to leverage data in new and interesting ways to target users and increase click-throughs. They will need to engage end-users with never before-seen experiences that translate well for advertising, and develop cross-platform solutions to capture attention across the omni-channel.

Between Facebook and Google, there is also a potent opportunity for innovative startups to shake up the industry with products and services that break the mold (e.g. new types of advertising inventory being created with ephemeral chat apps such as SnapChat). The activities and strategic intentions of these emerging players are equally important to observe, as they will ultimately determine the level of influence that giants like Facebook or Google may have on the entire mobile ecosystem. However, this subject warrants a separate post altogether (stay tuned for part two).

It remains to be seen who will emerge as the winner in the new era of online advertising. The profits on the line will bring out the best in anyone who has a stake in this battle.