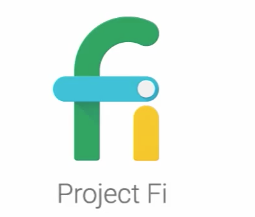 The increasingly diversified internet giant has been making moves into the wireless space for a some time. Those have mostly been on the hardware and software side: developing the Android operating system, releasing phones and incorporating calling and messaging features into its Voice and Hangouts services.

Now, Google is setting itself up to own the entire mobile experience, with the launch of its new wireless carrier Project Fi.

The service, which will only be compatible with Google’s Nexus 6 phone means that soon some customers will be using Google services on a Google phone running a Google operating system on the Google network.

The price however, is no laughing matter – $20 a month for unlimited U.S.-wide talk and text and $10 per gigabyte of data – with pro-rated refunds for any unused data at the end of the month.

But don’t expect to see something similar here in Canada any time soon.

While the details of the deal aren’t public, carriers in the U.S. have a long history of selling network access at wholesale prices to resellers. Those companies, called mobile virtual network operators, market cell phone plans under their own brands but don’t operate their own networks.

In the U.S. there are dozens and dozens of these companies, competing on price or going after a specific niche market.

There are even some Canadians who have gotten into the business. Toronto’s Tucows owns Ting, a U.S. wireless reseller that uses the same two networks as Google – Sprint and T-Mobile.

Those two carriers are smaller than the dominant players in the U.S., AT&T and Verizon, and they’re “hungrier,” the CEO of Tucows told me in an interview conducted a little over a year ago.

But even the biggest players haven’t been shy about leasing spectrum to resellers – AT&T and Verizon both have numerous MVNOs of their own.

In Canada, that just hasn’t been the case. The large incumbent carriers have refused to lease spectrum access to companies like Ting (who has tried to expand to its home country).

While there are a couple MVNOs in Canada not one has launched on almost 10 years and most of the ones that used to exist – companies like Cityfone and Virgin Mobile Canada – have been bought up by the big incumbents.

Sure, it’s possible that Google could ink a deal with one of the big three but it would be a move that would go against every step they’ve taken for almost a decade.