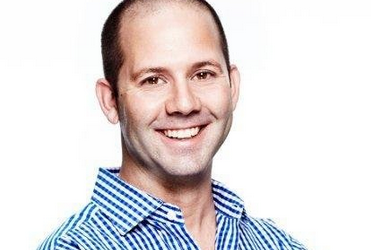 Community is what it’s all about says Aaron Zifkin, Airbnb’s country manager for Canada.

“We’re not a technology company,” Zifkin says. “We’re a company that provides experiences.”

Zifkin will be speaking at Dx3, Canada’s largest digital marketing conference, in March.

“I think the idea behind the session will be about how we’ve become a global hospitality brand through the power of people,” he says of his upcoming keynote.

According to Zifkin, the main reason people stay in Airbnb’s is to have “authentic experiences” while travelling.

“Our product is primarily offline,” he says. “We’re a platform that facilitates these authentic experiences. We’re bringing trust to the masses.”

Zifkin, who became Airbnb’s country manager 10 months ago, says much of his work has been about building brand awareness.

Still, the company boasts that Canadians have booked over one million trips thorough its platform. “Most of that happened organically,” Zifkin says, with the majority of those trips booked before Airbnb even opened an office here.

The same is true when it comes to Airbnb hosts, who Zifkin says have been organizing events and meet-ups on their own for years. “We have such a strong community, even without our involvement,” Zifkin says.

The company does try to support the community though, through projects like “One Less Stranger,” where it gave 100,000 of its hosts $10 to go out and do something nice for a stranger.

The goal, Zifkin says, is to “facilitate the idea of reducing the number of strangers in the world.”

While some aspects of the so-called sharing economy have drawn a significant backlash in recent months, it doesn’t seem to have affected Airbnb. “The story of Airbnb is about ordinary, average people trying to monetize their most valuable asset,” Zifkin says. “Over 80 per cent of our listings are people’s primary residences.”

The company has research to back that up. The average Airbnb host in Montreal, Airbnb’s most popular Canadian destination, rents their home out 52 days a year, making an additional $280 a month. The study also looked at why people stay at Airbnbs, it found that 89 per cent were hoping to “live like a local.”

“The number one reason people travel on Airbnb is because they can have those authentic experiences,” Zifkin says.