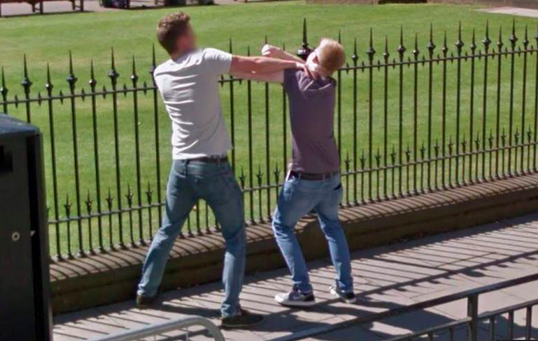 Google may have some explaining to do after its Street View featured a shot of two men fighting on Edinburgh’s Princes Street, next to the city’s famous Scott Monument.

The problem, as The Scotsman reports, is that the two men were mere pranksters, staging a disagreement of sorts.

The image was caught when the Google Street View team visited Edinburgh at the end of July.

In the shot, a youth wearing a white t-shirt has his hands wrapped around the neck of a shorter man with a grey t-shirt, who is trying to throw a punch at him. 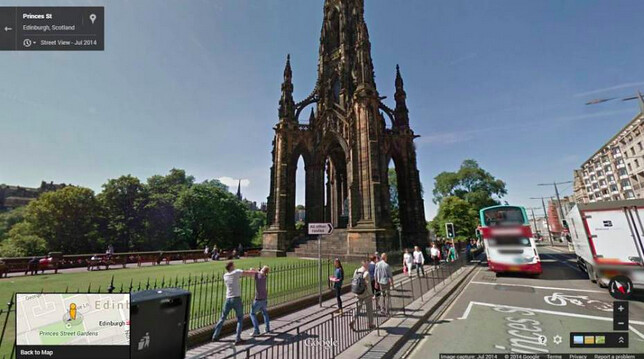 “It is disappointing that Google have chosen to use a picture which appears to be staged as some sort of homage to Trainspotting rather than an image that better reflects the true nature of Edinburgh’s Princes Street,” Mowat told the news outlet.

The same set of images later featured the two jokers standing in Princes Street Gardens waiving their hands in the air while facing the Google Van.

Once the camera drove past Princes Street, the pair can be seen walking back towards the scene of the fight.

A Google spokesperson told the news outlet that they did not wish to comment on the matter.