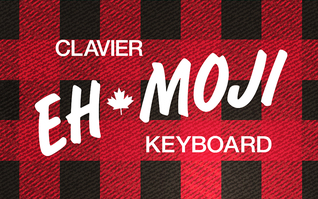 Tim Hortons, emojis, and Canadian stereotypes? It sounds like a winning combination for a fun, goofy app.

Alas, the nation’s venerable coffee chain kind of blew it. Between a lack of variety and the fact that the “emojis” are in fact just images being added to one’s clipboard via copy and paste, Tim Hortons’ latest digital project has been a flop.

After hundreds of ratings, the average review is an abysmal two stars out of five. But is that really a shock when an “emoji keyboard” is neither a keyboard nor has emojis?

Tim Hortons has tremendous clout in Canada, of course. Even when they’re not doing anything online, people are buzzing about them. Which is why there is no salient benefit to putting out half-assed efforts like these—the company is big enough and already iconic; its launches should be meaningful and fully fleshed out.

Maybe the “ehmoji” keyboard is just the start of something. Maybe it will be reiterated, improved. I hope so. Until then, I’ll order my Iced Capps with a shot of espresso and stick with emoji keyboards that are actually emoji keyboards.