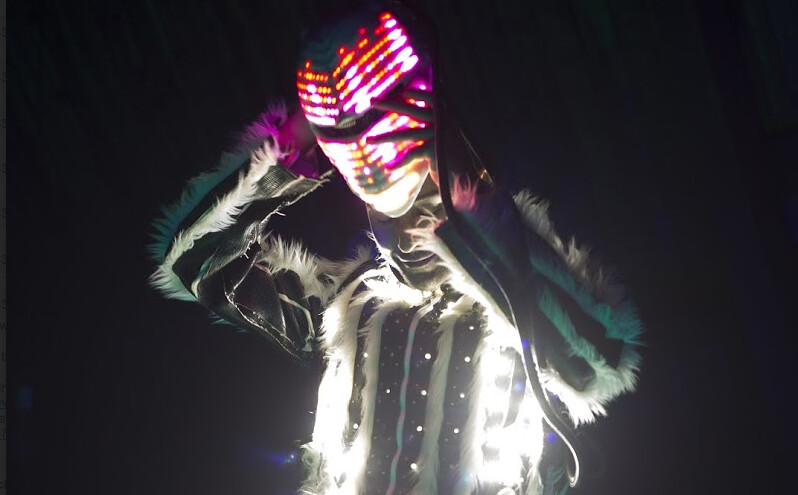 Technology has always sought to find a blend with clothing.

Just think of the Star Trek communicator badge introduced in The Next Generation; members of Starfleet could activate the badge with just a light tap on the left-hand side of their uniform. It symbolizes a meaningful and efficient integration of fashion and technology.

It’s no secret that people want practicality with their clothing, but there will always be innovators who push the boundaries of what fashion is becoming. On Thursday night at 918 Bathurst St., Electric Runway is showcasing just how far we’ve come with more than just wearable technology.

In coordination with the Toronto Maker Festival launch party, the technology runway explores the intersection of fashion and technology by pairing garment-focused designers with hardware companies to create complete outfits.

“Fashion-tech isn’t an accessory. It demands to be part of an outfit and for me truly epitomizes our increasing intimacy with technology,” said curator Amanda Cosco.

The show is broken into three segments. The first part shows outfits made from products currently available on the market. The second is a fashion influencers segment curated by StyleKick. The last segment is compiled of prototypes and concept performance pieces.

Cosco, wearing a white laser-cut skirt and light-up blue jacket, introduces the products and garments on a standing runway made from a lane of LED strips.

“Wearables right now seem to be stuck in a gadget or wristable phase, and they need designers that think with a fashion-first mind in order to make their hardware more wearable and more aesthetically beautiful,” said Cosco.

Another crowd-pleaser is the muscle-activated kinetic textile, Monarch. It consists of textile forms attached to the shoulders that expand and contract in response to the movement of the wearer’s muscles.

Among many other features, the show displays an LED Tetris tie, a dress made of smart materials that heats and cools at the bottom, a glove used to gesture-control music, and even a costume made in the spirit of Toronto’s “freedom-seeking” High Park peacock.

“All I wanted to do is show the Toronto community some of the companies and designers that I’ve encountered on my travels as a fashion and tech journalist. I wanted people to see that fashion-tech is more than wearables, it’s more than stuff that goes on your wrist, it’s more than accessories, and I think we successfully did that,” said Cosco.

The show closes with a performance by Cirque-It, a wearable technology circus that integrates fashion designers, tech makers, and circus performers.

“I think next year when we do something like this, it’ll be bigger and better,” said Cosco.