Throughout 2016, telecommunications was a weak point. Indeed the industry shed 24,000 jobs during the year. But most performed well, especially IT services.

“During 2016, IT services added an estimated 79,300 jobs, making it the primary driver of job growth in the sector,” noted Tim Herbert, senior vice president for research and market intelligence at CompTIA. 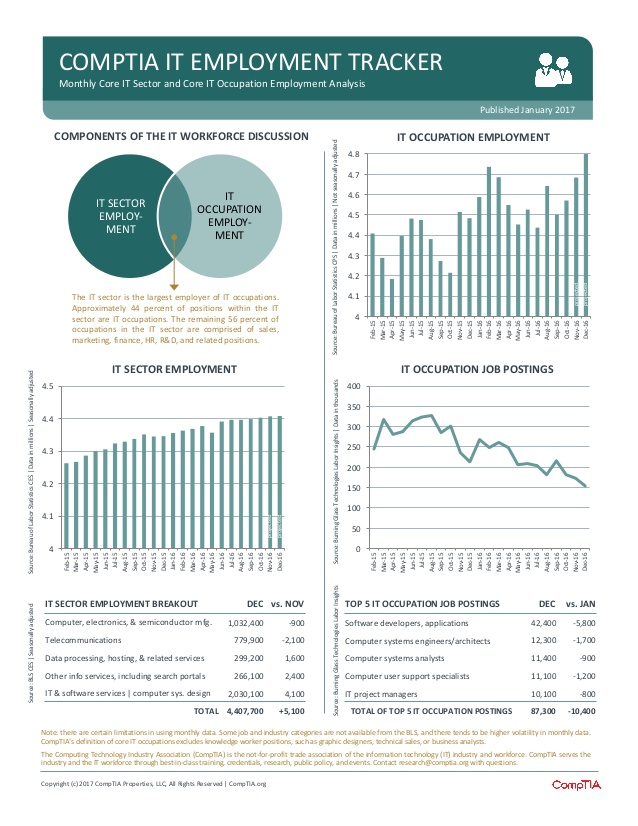 Looking across all sectors, IT services remained as popular.