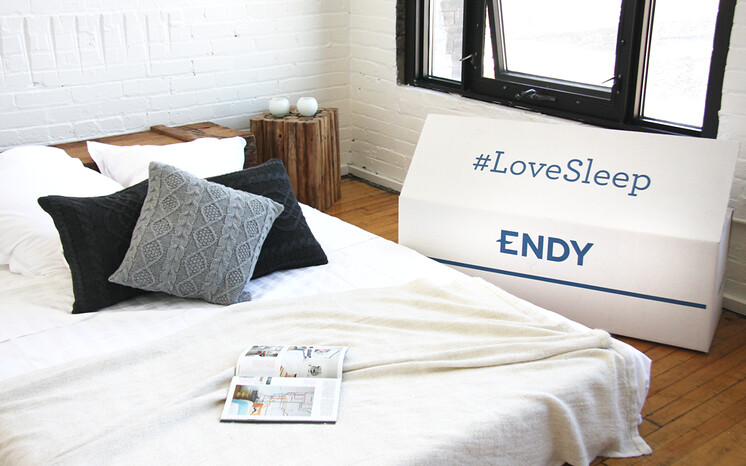 Rajen Ruparell, the Calgary-born entrepreneur best known for founding Citydeal in Europe, which was later bought by Groupon, is already finding much success in his latest investment, Endy.

The online-only mattress store offers mattresses for much less than those found in traditional showrooms, and made at least $500,000 in its first week of sales.

While the success of Endy is, of course, impressive as an investor in the company, Ruparell didn’t pursue being an investor just to make money. After five years of working at Groupon, where he says he wore “many hats,” including founding Groupon Goods and acting as senior vice president of global partnerships, he left the company at the end of last year. Part of the reason for his leaving was the fact that the Citydeal team made a commitment to stay on for a certain period of time after their acquisition—but it was also because Ruparell himself had grown as a professional.

“It was really about getting involved in hyper-growth companies again,” Ruparell says, adding that large-scale companies like Groupon already enjoy a great level of density. “I’m just excited to get on more rocket ships and build more companies. We [Citydeal] worked really hard but we were so lucky in the opportunities that we got from our investors and our board, and I’m excited to give those opportunities to other people.”

Ruparell says his plan is to “aggressively explore” looking at building and investing in Canadian e-commerce ventures like Endy, which he believes can disrupt the market.

“We’re at a place where it’s really about eliminating the middle man and passing savings onto consumer, because with the power of the Internet you can sell at volumes,” Ruparell says. “So it’s not about selling at astronomical margins, it’s about selling at volumes and having transparency with the customer; the next generation of customers appreciates transparency without the gimmicks.”

The problem that he hopes to alleviate as an investor is the fact that there are still barriers to e-commerce in Canada—the biggest one, Ruparell says, being the fact that gaining access to capital is still difficult in this country.

“It’s much easier to go to San Francisco or New York City and raise money on an idea,” Ruparell says. “But I think now that we’re seeing major tech valuations out of Canada, we’re starting to see far stronger interests.”

As he’s had his chance to grow a company at such a fast pace—Citydeal was bought by Groupon within a year—he’s ready to take his experience and bring it to others. On being an entrepreneur, “The first four or five years are very selfish, you’re really working to make your mark and to achieve what you need to sell and satisfy yourself,” he says. “I wouldn’t change that, that’s what you do. But now, you wonder how you can be a good entrepreneur with others in mind, and how do you accelerate other people’s growth?