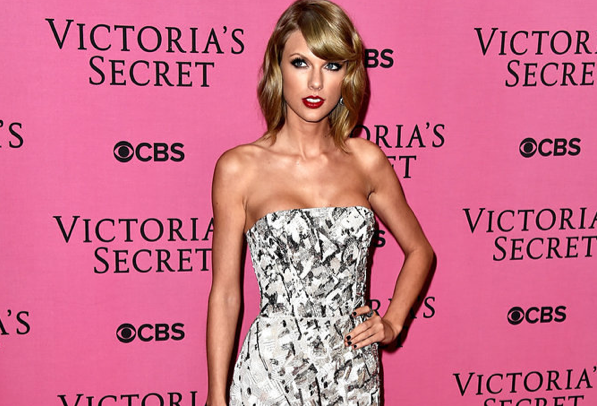 Taylor Swift is everywhere. Did you watch her performance last night?

She was also recently on the cover of Time magazine and Bloomberg Businessweek, where it proclaimed that Taylor Swift is the music industry. Is Taylor Swift taking over? Yes.

Taylor Swift is a multi-million-dollar media enterprise, and in light of her recent brouhaha with Spotify, where she pulled her entire music catalog and stated that her music is not valuable, it is interesting to ask: why?

As my colleagues and I detailed in our media insight paper, published earlier this year by MaRS Discovery District, media organizations are in flux and plenty are running experiments to find new ways to generate revenue. While her record label Big Machine might be for sale and all sorts of numbers were published with regards to how much Taylor Swift is earning from Spotify, those are not the points.

Taylor Swift the Enterprise is focused on maximizing the sales of her current album, 1989, without jeopardizing too much future earning potential, and this Spotify saga is an experiment conducted in an attempt to “move the needle” of her album sales (the CEO of her label confirmed that much). The experiment serves as a signal to the market that consumers should buy her album now or risk losing out or becoming a pirate.

Keen observers will note that her music is still on other music services such as Pandora and Xbox Music – even the new YouTube Music Key. In fact, her YouTube views doubled as a result of the Spotify experiment. Moreover, Taylor Swift has done this before, as she briefly pulled her 2012 album from Spotify when it was initially released.

MUST READ: Five Things Startups Can Learn from Taylor Swift

At best, it is only a sincere attempt to also create an earnest dialogue around what the business model of music should be after it has been disrupted over and over again. Taylor Swift and her business team likely know that not being a part of music streaming service segment is a losing proposition in the long run, so unless one of the streaming services steps up and offers an exclusive deal to Taylor Swift and her music (similar to the exclusive original programs from Netflix and Amazon Instant Video), expect Spotify and Taylor Swift to work out their differences in the future.

But That’s Not The Only Experiment

Few industries have been disrupted as often as the music business. In this environment, every artist and label needs to figure out how to survive, so they all run their own experiments.

One has to look no further than U2 deciding to annoyingly drop their new album into everyone’s iTunes account, Beyoncé deciding to “shock and awe” her fans with a sudden album drop in video format, and Jay-Z partnering with Samsung to give away his music to know that even A-list artists are scrambling for a winning formula.

However, Taylor Swift, being at the very pinnacle of the music industry, could afford to rely on her traditional album selling strategy and use experiments to support it. Taylor Swift’s latest experiment is to launch a new app for her audience to enjoy her second single Blank Space from her new album. The app is free. The album is not.

Traditional Media: Dying But Not Dead

Being on top not only changes the context of how you view and run your business vis-à-vis your competitors, you can afford to do things the old-fashioned way for a bit longer, especially if those things, such as brand tie-ins, are effective. Why charge your fans for the new video experience (sorry, Beyoncé) when American Express is more than willing to partner up?

Arguably, Taylor Swift has executed a more or less flawless marketing campaign through both traditional and new channels. The focus of this article isn’t on marketing, but if you are looking for some marketing inspirations or best practices, you may want to read about how she and her team did it on NPR, Bloomberg Businessweek, Forbes, and Yahoo!.

The truth of the matter is if you are looking at the media and entertainment world today, both the new and the old matter. Experiments are important, but so are the environment and strategy.

As Taylor Swift perceptively stated in her interview on NPR’s All Things Considered, “There is a still a huge percentage of the country who drive their kids to school every day and play a CD and listen to it with their kids – there’s a CD in the CD player in their car.” And for the newer cars without CD players, drivers or passengers can hook up their smartphones and play music from their collections. The connected car is coming, but there is still ways to go.

That said, let’s celebrate Taylor Swift’s brand of business savvy and silly just as she would – by dancing to her own song in the car!