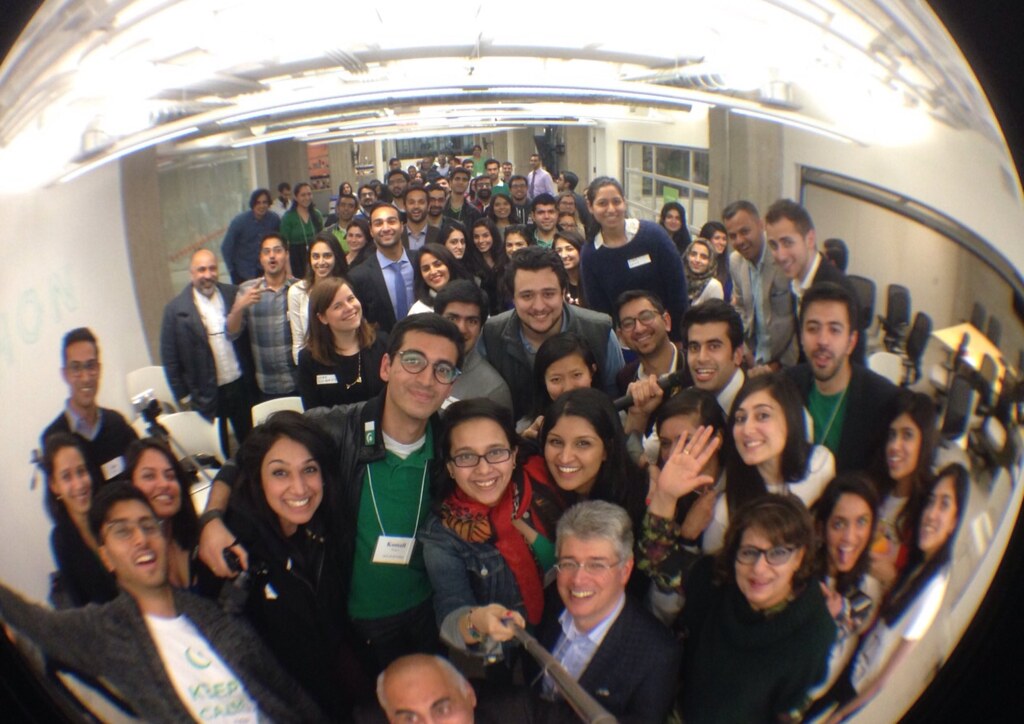 In the crowded One Eleven suite on Wednesday night, the Pakathon Toronto team hosted a kickoff event six months before their 48-hackathon in order to inspire hackathon hopefuls and look back on the past year.

Pakathon Toronto is part of a global network of 15 cities, from Boston to Islamabad, which organizes competitions, hackathons and seminars with the aim of fostering the tech ecosystem in Pakistan and connecting Pakistani teams to global markets to mitigate “brain drain” of Pakistani talent to North America. The organization places an emphasis on business sustainability projects.

“People at home understand their situation on the ground, but in North America, the infrastructure is available,” says Ria Riaz, a co-lead of Pakathon Toronto. “So it’s just bridging that gap.”

“When people come over here from Pakistan, they’re completely isolated between what’s going on in Pakistan,” says Tariq. “They want to give back but they don’t have a means to do it, so they just send money. We’re trying to say there are other things you can do.”

As the event started off with remarks from Pakathon Toronto leads and team members, they rightfully stressed that participants should approach their projects with an open mind and not see this as a charity case.

“If change means me feeling better about a good idea that I came up with, that’s not necessarily a good definition of change. So question what success means,” says Nabeel Shakeel, a member of the think tank team that focuses on writing research materials for Pakathon Toronto. “We want you to approach this with intellectual honesty and humility, not with the arrogance to presume that just because you come from a more developed economy that you have the ability to tell people what they should be doing.”

This is why, he says, it’s important to “do your homework,” and why the team brought entrepreneurs to the event who could lend perspective on what it’s like to start a business in Pakistan.

“Just by living in Toronto, you are disconnected from Pakistan. There is no way for you to know the grounded realities,” says Tariq. “In order for you to solve a problem, you have to understand what the problem is in a first place.”

After Pakathon co-founder Azhar Rivzi video-called in to give a review on the organization’s growth, a Q&A moderated by Kamal Hassan, CEO of IncMind and director of Founder Institute Toronto, had him talking to founders Zaki Patel and Syeda Zaki of 141schools.org about what it’s like to be a Toronto-based nonprofit trying to start initiatives in Pakistan (Saim Siddiqui, who worked at a Toronto-based startup before founding ProCheck in Pakistan, was video-called in but couldn’t be heard due to technical difficulties.)

Patel and Zaki started 141schools.org in response to the attack on a school in Peshawar, which left 141 students dead. Their aim is to start 141 schools in the name of every life lost. Since they started their organization in December, they’ve had 15,000 supporters and have partnered with The Citizens Foundation, an internationally-recognized nonprofit that provides education to children in rural Pakistani areas.

“For people looking to start businesses here that will have an impact on Pakistan, the crucial thing is to find partners,” Patel says. “Organizations that are doing work that are specifically social-impact related and more innovative in nature are smaller organizations.”

As Toronto-based founders, they also had to adjust to an infrastructure different from what they may be used to in Canada.