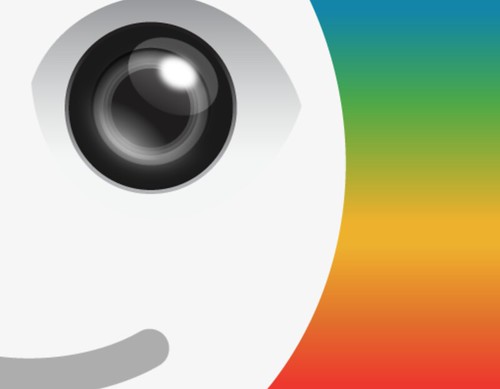 Over the last decade, facial recognition technology has entered the vernacular of tech enthusiasts around the world. Before that however, it was nowhere to be found.

Applied Recognition is an example of organizations that are taking advantage of the rapid growth of this field, having produced a number of productivity apps and security software that utilizes facial recognition technology to its fullest advantage.

The most recent example of these developments is FotoTiger, a photo sorting app that organizes your pictures by recognizing the people in them. This product is an extension of its predecessor FotoBounce. Applied Recognition is specifically devoted to simplifying the interaction between us and our technology through the use of face recognition.

“I think that we lack filters these days, in terms of online content (especially for photo content) because of the way we use our phones. We’ve also done a lot of tests, and people keep tons of pictures on their phones that they never dump onto their desktops or the cloud,” said Applied Recognition’s Dan Dwoskin.

Dwoskin emphasizes that the value of this product is more than simply convenience, but security. The product doesn’t require an internet connection and each picture can be stored securely on your mobile device.

He went on to say that, “the whole idea behind it is privacy. We’re working on a 30-55 market. We’re trying to capitalize on families that want to keep things a little more private and keep things offline.”

However, Applied Recognition’s development of face recognition tech doesn’t stop there. They’re taking the next step into the security industry with their newly released software Ver-ID. Ver-ID depends on face-recognition technology, and CEO Don Waugh claims that it’s promising for the banking and corporate industries

“Wherever there’s a password there’s a problem. The password opens a door; the camera will open that door. Facial authentication is a form of security,” said Waugh.

Waugh has over years of experience in the technology sector and founded several companies before becoming the Co-CEO of Applied Recognition. Currently, he holds several patents for encryption technologies, drug dispensing system systems and face recognition applications.

The article also stated that “The report found that two-thirds of US consumers feel that biometric authentication would be more secure and help decrease the risks of fraud. One in four US consumers stated that they would even consider sharing their DNA with their financial institution in exchange for a more simplified authentication process and securing their financial and personal information,” Lee.

Dwoskin and Waugh both believe that face recognition will be very prominent in the future of security, especially for large companies looking to protect their corporate interests. This is because, according to Waugh, no one, not even by using a picture of you, can replicate your face. It’s your primary form of identification in every area of your life, and this team is bringing it out from the shadows and putting it in our hands.

Waugh goes on to say that the transition to face recognition is likely to be smooth because almost every device comes with a camera, and hence, face detection, already built in.

Their most recent endeavour breaks into the healthcare field by using face recognition to assist patients suffering from Alzheimer’s and dementia. In a partnership with Sunnybrook Healthcare, Applied Recognition is creating a product called FotoJog which uses photo reminiscence technology.

The product documents family and personal history through fun and entertaining methods, including photographic, audio and video footage. As the collection grows, FotoJog will then use the information collected to present a variety of daily games an exercises that promote and enhance memory retention.

Furthermore, FotoJog is also intended to give doctors the ability to monitor memory progress.

Face recognition technology entered the sphere of technological literacy less than a decade ago, and according to associate editor at The Atlantic Robinson Meyer, binding our primary form of personal identification to our technology irreparably binds us to technology.

“Facial recognition and other biometrics bind data about us to us like nothing else. And, once corporate metadata can recognize and glom onto our bodies—in all their ‘everlasting sameness’—we can never escape that link,” said Meyer.

This piece goes on to explore what’s to be done about the intertwining of our personal identities and our technological devices and references the U.S. government’s debate over whether it should be regulated.

Organizations increasingly claim to have overcome these concerns, and advancements in facial recognition software are being developed and improved every day.

We’re seeing an influx, however, of technology that knows us, which continues to break down the barriers between the sanctity of our person and the overarching separateness of the devices we use.

Examples range from the common fingerprint to Nymi, a product based on HeartID – a software that uses the wearer’s unique electrocardiogram as a biometric identifier. Your heart beat as a means of identification? It doesn’t get more up close and personal than that.

Meyer states that, “We are our faces, in a way we are not our Twitter profiles, social-security numbers, or even legal names.”

Face detection is expanding rapidly and continues to modernize the highest levels of both personal and corporate security. These expansions however could alter the way we experience technology, linking it to the most personal aspect of our identities; our faces.