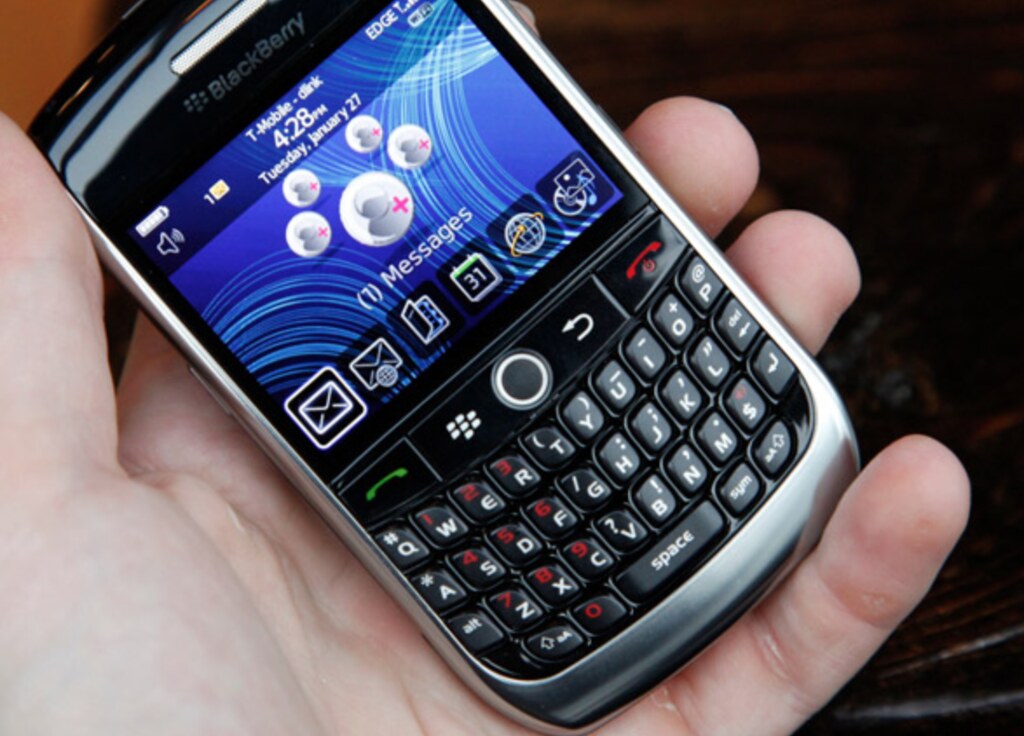 I’ve had the same phone for five years. A BlackBerry Curve 8900.

It’s been completely submerged in water twice and dropped more times than I can count.

While I’ve watched friends replace phone after phone, mine has done its job admirably. Texting and emailing have always been crisp and easy with the physical keyboard. It makes calls just fine and, sure, websites load a little more slowly than on newer phones, but it’s not that big of a deal. If it ain’t broke, don’t fix it, right?

But all good things must come to an end.

The battery life isn’t what it used to be and a couple buttons don’t work quite the way they did even a few months ago. Some apps and websites no longer work either, thanks to the age of my device. I have been reduced to using Map Quest instead of Google Maps.

So, earlier this week, I finally did it. I got a new phone.

But it wasn’t a new BlackBerry, as I once expected I would buy. Instead I moved to Android.

It’s hard to point to a specific day and say that’s when I stopped believing in BlackBerry; rather, it something of a process.

I always wanted BlackBerry to succeed. It was partially out a sense of patriotism. I was happy to see a Canadian company find success in the smartphone business, but it was also because I thought they made quality, innovative products.

Ironically, that quality and people like me were part of the problem. Building a phone that last for years just isn’t good for the bottom line if you’re in the business of selling phones.

Unlike an iPhone, a BlackBerry wasn’t something you felt the need to replace every so often. There was no pressure to get the newest, latest, version.

Part of that was a failure on the part of BlackBerry to position its phones as consumer products, rather than serious tools for business. The BlackBerry Pearl, for instance, showed a total inability to grasp what consumers wanted from a phone—it was a little more than a feature phone released at the very moment that smartphones went mainstream.

But there was also a problem of design. With few exceptions, the BlackBerrys on sale today look almost exactly like the one I’ve been using for five years. The newest one even returns the trackpad and call buttons to the design.

With fewer and fewer native BlackBerry apps being released, that poses a problem. Sure, BlackBerry users can download Android apps from Amazon but those apps are designed for large rectangular screens, not small squares.

It’s understandable, BlackBerry has to give its core audience what it wants and that does seem to be physical keyboards.

But BlackBerry has struggled to improve upon that iconic 2009 design. I tried the Passport, the only keyboard-sporting BlackBerry released in recent years that can truly be called “new,” and found that its much-hyped keyboard swipe feature was more complicated than innovative.

John Chen’s BlackBerry is a company that seems to be in search of direction.

It’s talked about a focus on enterprise, security and consumer software, with the release of BBM for other platforms.

Just over a year ago, Chen talked about getting out of the hardware business completely. Since then, BlackBerry seems to have done the opposite.

It’s released the Passport and tried to go back to what worked six years ago with the launch of the “new” Classic model.

Now, it’s rolling out the Leap, a touchscreen phone that appears to have little that will set it apart in a crowded marketplace full of Motorolas, Samsungs, HTCs and the iPhone itself. Moreover, it will also compete directly with two other BlackBerry touchscreen-only models—the Z10 and Z30—this despite the company talking about a focus on phones with keyboards.