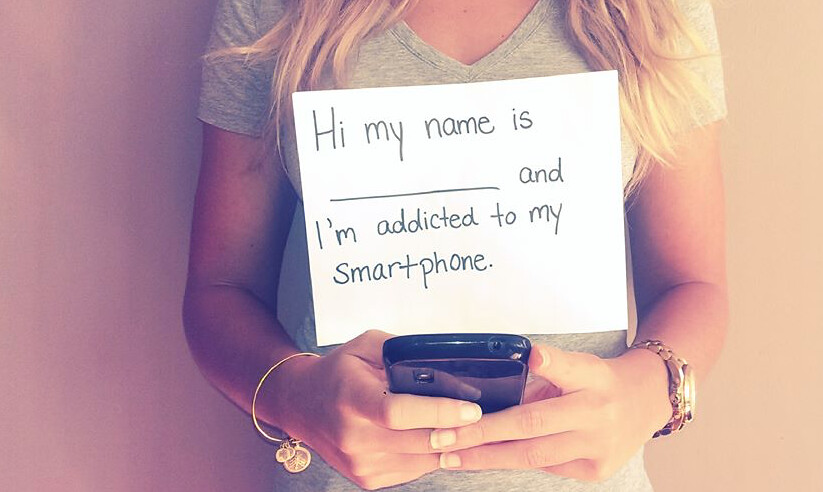 When Christian Villamarin gave his eight grade brother a smartphone, he realized how much technology has really taken over our lives.

Usually when Villamarin came home to visit, his brother would be excited, but now, he would just be glued to the screen.

“You don’t realize that people do that until someone you know does it back,” Villamarin says. “He’s doing that, I do that and I started realizing my friends do that too.”

Villamarin wanted to find out if an app that blocked family and friends from constantly using their smartphones would be popular, so he and Alanna Harvey, a marketing grad, went to Dundas Square to survey random people if they had this issue.

“They said, oh my god, my kids are obsessed with their phone and there’s nothing I can do!” says Villamarin, who then approached a family friend studying computer science at the University of Toronto, Andres Moreno, about possibly making a prototype for an app that would allow parents to block their children from using their phone, remotely.

In February, the three-person team launched Flipd, an Android app that allows users concerned about distraction to lock their phone for up to 12 hours. Though the idea originally was to be a parental control tool, they found that students would use the app when they were worried about being distracted during study times, and developed the app to allow you to self-lock, and even create a group that could have several people locked out of their phone in a study group session.

“We didn’t want to corner ourselves by becoming just a parental control app, so we’re having some fun with the student demographic to use as a productivity tool,” says Harvey.

While being ‘flipped off’, as the team calls it, users can still accept phone calls and make outbound calls to four select numbers, including an emergency number. And for those anxious about being disconnected from their friends, the app has an auto response text message feature that lets your friends know that you’re flipped off if they’re trying to reach you. You also receive 60 seconds of freedom to use your phone once during the lock session. “It also sets your notifications to silent, which is helpful for people who use their phone as their alarm to bed and get woken up by a lot of notifications every night,” says Harvey.

Though the app is only available for Android right now, they’re currently working on an iOS version and have new features rolling out next month. The app right now completely locks users out of their phone, but in the future, they will allow people to check off what apps they need so that they can use them while using Flipd.  “We had a few teachers tell us that this is great for students, but what if they need to use their calculator,” says Harvey.

They’re excited about the fact that, as their website boasts, they’ve logged about 20,000 hours saved for their 5,000 users. “That’s like two years or more!” Villamorin laughs, with Harvey adding that “It’s something that we see huge as a huge value add. At the end of the day, we’re saving people time.”