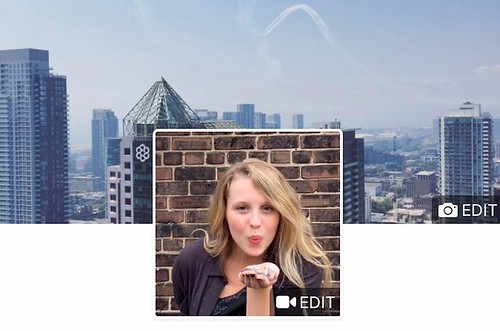 Remember when Facebook made it possible to shoot a nine-second video profile picture?

Flixel founder Philippe LeBlanc saw this as a golden opportunity to take his cinemagraph startup to the next level.

In 2011, Philippe LeBlanc laid eyes on the world’s first cinemagraph, created by New York artists Jamie Beck and Kevin Burg. Since then, the new form of photographs has disrupted the design and photography scenes in a big way.

“I just really wanted to create one. It was a very beautiful new medium,” said LeBlanc.

Not wanting to sit on the side lines of such a massive development in design, LeBlanc went into the business of cinemagraphs by launching Flixel in 2011. Though previously a designer-only tool, Flixel is an app that makes cinemagraphs accessible to the masses.

LeBlanc goes on to say that “in 2011, cinemagraphs kind of went viral, but there were no tools to make it accessible to a wider audience.”

Since then, Flixel has become a valuable digital marketing tool and has gone on to work with brands such as Apple, Nike and the Emmy’s; though that’s not where the life of this startup began.

“It started as more of a social app, but this was something being used by creative professionals,” he said.

Though Flixel as a social app didn’t last, its design as a social platform has served the startup well. The end result was a tool that embodied the best of design and accessibility.

“It quickly became clear however that people weren’t going to use cinemagraphs to document their daily lives the way they used photography. Where it was really useful was in digital marketing where you can tell a really powerful story in a short amount of time,” explained LeBlanc.

Recently however, Facebook has offered its users the option to shoot short profile videos, rather than static images. LeBlanc describes cinemagraphs as the perfect way for Facebook users to take advantage of this new feature, which is where the user-focused aspects of Flixel’s first life as a social platform will come in handy.

“Facebook has obviously seen the need for this whole concept of auto playing video. Cinemagraphs are actually the perfect way to do a profile picture because it leverages what you’d originally get with a static image but the picture is really something new.”

Cinemagraphs have become so accessible that the photography industry has seen the emergence of “cinemagraphers“—designers who specialize in creating cinemagraphs.

“Cinemagraphs offer the perfect happy medium,” exclaims LeBlanc. “We have creators on our platform that are shooting full-time cinemagraphs. He goes on to say that he thinks it will be an essential part of digital marketing.

“I think every videographer will be expected to be proficient in photography, videography and cinemagraphs.”

LeBlanc isn’t surprised by how quickly the cinemagraph has been adapted. He believes it to be a “natural evolution of everyone having a camera in their pocket.”

LeBlanc’s goal is to make cinemagraphs an essential part of everyone’s marketing toolkit, and emphasizes that the value in a cinemagraph lies in knowing when to use it.

“Not everything will make a great cinemagraph is when one element really stands out and should be in motion. But as the medium matured, we’ll mature with the medium.”

He predicts that its usability will be maximized in digital signage, especially for small business who don’t have the resources to shoot effective video ads.

As for the future of cinemagraphs, LeBlanc is excited to see what the digital age has in store.