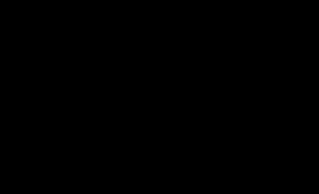 Flixel, a Toronto-based startup, has partnered with Facebook as part of the social networking giants Profile Expression Kit. The new kit allows users to create a video in a third party app like Flixel and upload that creation directly to Facebook as a profile video.

The announcement came as part of F8, an annual conference intended for developers and entrepreneurs who build products around Facebook.

Flixel helps users to create cinemagraphs, something like a refined gif, where part of a video remains still and a selected portion moves like a video. Last fall, Facebook announced the added ability to replace the traditional profile images with seven second looping videos, effectively creating a scene that Facebook Product Marketing Manager described as similar to the living portraits in Harry Potter.

Of the four companies that were announced as beta partners for Facebook’s new project, Flixel is the only startup. This is a point of pride for the company.

“If you look at the company we’re in, Vine is a twitter application, Boomerang is part of Instagram, we’re really the only startup,” said Robert Lendvai, CMO at Flixel.

The honour of being the only startup is impressive, but not as much as the sheer reach that being a part of Facebook gives to Flixel.

“On Facebook, profiles are the second most viewed part of the platform. They account for four and a half billion views daily. It’s really staggering,” said Lendvai.

Partnerships between the social media giants are easily understood, and they’ve happened before. Since Facebook bought Instagram, more crossovers should be expected.

A startup in Toronto though doesn’t have the same reach as Silicon Valley behemoths, so to make inroads for the partnership, Flixel had to get a little creative.

In order to become a Facebook partner, Flixel had to use some existing Facebook features, specifically geo targeted ads.

“The partnership was something we specifically targeted. Ironically, we used Facebook ads and geo-targeted Facebook’s headquarters in Menlo Park, California,” said Lendvai.

The targeted ads were ultimately effective, and Facebook expressed that to Flixel.

“When Facebook contacted us, they told us they saw our ads, and they saw them a lot,” Landvai said.

The integration between Facebook and Flixel is now live, and at F8 the startup released an updated version of their paid app, Cinemagraph Pro for iOS. Some have said that cinemagraphs will be a top design and photography trend for this year, and Flixel’s research says that people view cinemagraphs nine times longer than a still photo.

“Cinemagraphs are something we’re going to keep seeing in 2016,” Lendvai said.