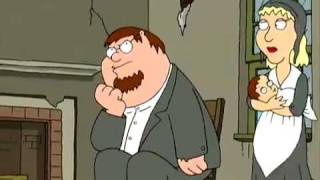 My last startup, Attassa, despite being acquired by Yousendit, was gruelling. Three times we built different products and felt famous when blogs like TechCrunch covered our launch and forced user acquisition through the roof. And three times we felt devastated when website traffic and our belief in the product came crashing back to earth the day after launch. We pushed through, not because of belief in what we were building, but why we were building it.

My first job was with a company called Saflink. The office was in a depressing Edmonton neighborhood filled with more hubcap dealerships than coffee shops. The position they offered was in a lesser role, and for less pay than a second offer I had. But I chose Saflink. Saflink believed in an engineer led culture and they believed in hacking. I could tell the second I walked in the building.

Core to these decisions was my belief based on why, rather than what. Why-based belief systems engage our emotions and emotion drives decision making.

Humans strive to find belief systems that complement our own. It’s why we work where we work, it’s why we love who we love, it’s why we do what we do, and it’s why we buy what we buy. What we do is a symptom of why we believe.

Consider Kodak, the one time giant who filed for bankruptcy in February 2012. At the heart of Kodak was film based photos. They believed in film and they believed in inkjet printers. They allowed that to define them even when the writing was clearly on the wall. Digital cameras ended up dominating not because of higher quality, or because people were able to get a set of hard prints easily. They dominated because they represented why people took photos – to quickly capture impromptu moments in life. Kodak’s belief system based on film was emotionless. It was hollow. It was based on what. And it was vulnerable.

But yet, most startups focus on the what. Take a random sampling of five startups. You’ll be hard pressed to find anything but feature lists. Startups might be able to acquire early adopters based on what they’re selling, but crossing the chasm requires selling mainstream on why. Mainstream buys products that match their internal belief system. They don’t buy feature lists. And unfortunately, startups can’t defer building a belief system based on why.

Its not just customers who buy why. It’s your potential employees. Awesome teammates don’t join because of salary. They don’t join to work on a specific technology. They join because they believe in what you believe in. Teammates motivated by why can do amazing things. They can innovate. They can think outside the box. They can inspire others. Teammates inspired by what forget about your startup the second the clock out of the office.

The other person that buys why over what …is you.

It’s easy to become deflated in startups. Your first product will probably fail. Same with your second. And third. But if at the root of your beliefs is why you’re building it, you can more easily fight through.

I hesitate to use the civil rights movement as an example in this article where I’ve already used Lululemon. Their respective significances are obviously orders of magnitude off. But I want to bring it up because it’s an amazing example of the power of why.

Martin Luther King Jr. didn’t lobby America about what needed to change. He went around and told people why he believed it. Listen to his speeches. They’re all about belief. That’s what he’s preaching. And people who believed in what he believed took his cause and made it their own. It’s what they already believed. They just needed a catalyst. And as a result, 250,000 people showed up to hear him speak in Washington. No advertising. No social medial. Just belief that spread like wild fire.

Martin Luther King Jr had a dream that people shared. Not a plan.

(Credit to Simon Sinek who’s amazing Ted Talk has been the source of inspiration for a lot of our thinking on why rather than what.)