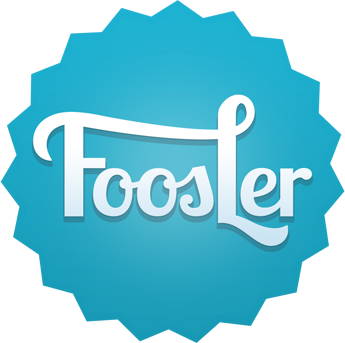 That’s unknown, but one new Vancouver startup wants you to think of one word: Foosler.

If you’ve ever played the Monopoly game at McDonald’s or Rrrrrolled up the Rim to Win at Tim Horton’s and won, you’ve been faced with a simple math question. That question exists so that companies can bypass the hoops and hurdles of federal gambling laws. Without a skill testing question, it’s only a game of chance.

“I’ve read blog after blog of heartbreaking stories of games that are falling apart because nobody’s making money off of them,” explains Lumsden. “So we looked around for things that make money, and we found it.”

“Skill gaming is a legal way to make money by gaming. It’s legal in 33 of the 50 US states, Canada, UK, Australia, Western Europe, and all sorts of places. If we were to play Tetris in skill gaming, we’d get the exact same arrangement of blocks, so luck would have nothing to do with it,” he added.

Originally, the idea to handle the back-end of skill gaming was only to be in support for their own potential Digimon-esque idea. However, Eric saw the enormity of the potential of that back end. And now, Foosler’s been released for Android, and is available on Amazon. It’s available for now with three games they developed themselves, but any single player game with a score is theoretically eligible.

Users will get to take their gaming skills in to tournaments for cash prizes. Foosler will have two kinds of tournaments. Head to Head, which ends when every player’s game is over, and Jackpot, which has a time limit. Players pay the entry fee, which ranges from 10 cents to $10, and play for a chance to win. Users can also earn Foosbucks through referrals and promotions, which serve as real dollars in terms of entry fees, but are not withdraw-able.

There’s one English skill gaming company, and one in America, but Foosler is the only Canadian entry in the field, and the only indie company. The next three months are going to be a roller coaster. But both men seem excited about it.

“We’re going to roll in a couple of features over the next two months, three months, and we’re going to be publicizing. Marketing is new ground for us, and we’re going to build the iOS version to be released ideally in four months,” says Finlay. “We need to get the word out to game developers. As this industry gets bigger, we hope they make the choice to go with us.”

The Vancouver gaming community has a strong sense of municipal loyalty. The app has only just launched; if you have an Android phone and want a fun way to pay for your lattes, you can check it out here.