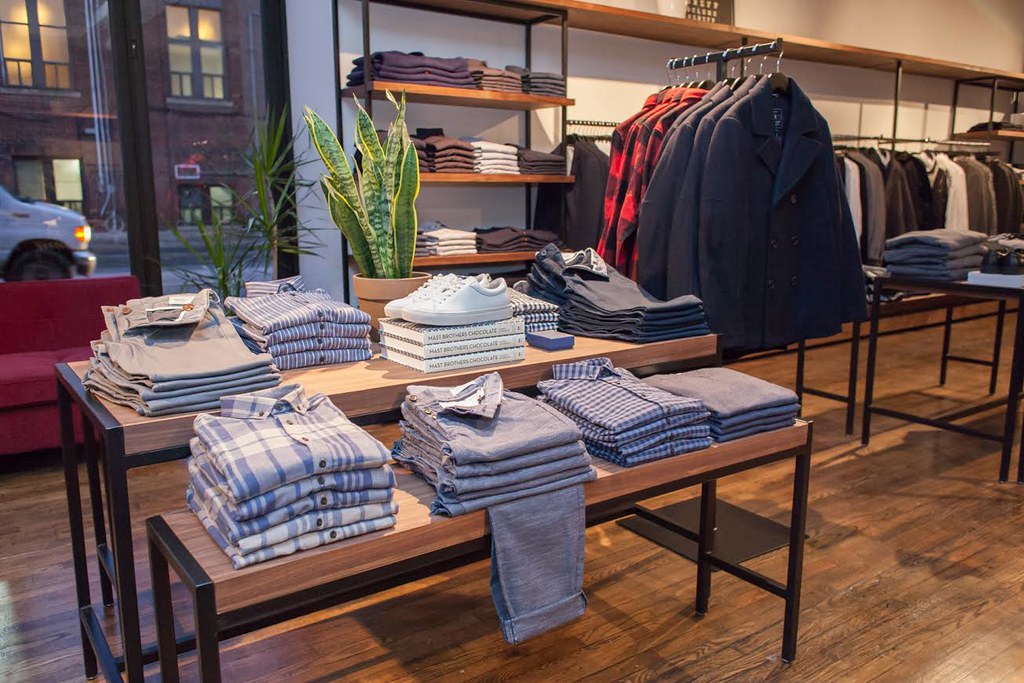 Montreal-based men’s fashion startup Frank & Oak is continuing to expand its offline presence with a new brick and mortar store in Toronto. And the company, known primarily as an online retailer, is eyeing more locations in other Canadian cities.

The new store, which opened last week, is Frank & Oak’s second permanent physical location. The company opened its first store, in Montreal, a year ago. It begs the question of just what should be considered a “tech startup” these days. Is Frank & Oak, for example, still a tech startup? Was it ever?

“We’re thrilled to be opening our flagship location in the vibrant city of Toronto,” Ethan Song, the company’s co-founder and CEO, said in a press release. “It’s rooted in everything we stand for—culture, a sense of community, and entrepreneurship—and we are passionate about developing this local approach in the context of the digital world.”

Like the Montreal location, the Toronto store also has a café and barber shop.

“Our storefront is a top-line extension to our brand,” Hicham Ratnani, the company’s co-founder and COO, told me in an October interview.

The idea, he said, is to create an atmosphere where customers feel “like they found their realm.”

“It’s really about creating a community,” he said.

Keeping with the brand’s focus on technology and personalization, the physical stores include integrations with customers online profiles.

The physical locations are part of a larger strategy to position Frank & Oak as a lifestyle brand. In fact, “our goal is to be the number one brand for the digital generation,” Ratnani says.

Ratnani will be a speaker at the upcoming Dx3 Conference in Toronto in March 2015. During his session Ratnani will discuss how star companies are redefining ecommerce in Canada. Register now to hear Ratnani at Dx3.

A big part of that is going beyond ecommerce, ensuring that the company’s online presence includes “strong content, strong aesthetics and imagery.” As well, the company is pursing an omni-channel strategy that includes not the physical stores but also a print magazine.

The Toronto store won’t be Frank & Oak’s last offline move, the brand is planning to test the waters in Ottawa, Halifax, Calgary and Vancouver with temporary “pop-up” stores opening in the coming weeks. If those stores are successful, permanent locations could follow.