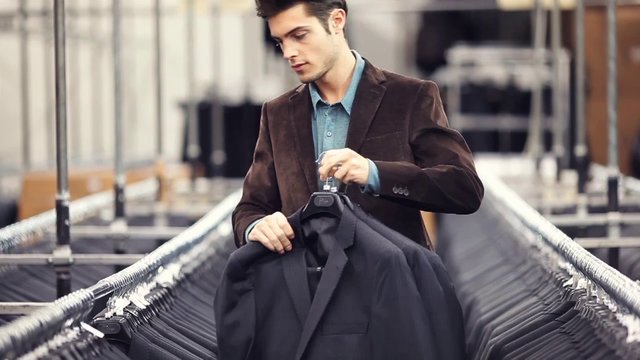 At Frank & Oak’s busy headquarters in the Mile End neighbourhood of Montreal, there’s a recurring routine once every couple of hours. Everyone, all at once, starts clapping.

Perhaps a sales target has been hit, or maybe a visiting customer pops in to say hello.

“Some of the best moments for me are when all the guys and girls are together and we clap because we’re happy,” said cofounder Hicham Ratnani. “These are really great moments.”

Needless to say, the Montreal startup has had some encouraging moments following their launch one year ago on Valentine’s Day. In October, they announced $5 million in Series A funding from Lightbank, BDMI, Rho Ventures and Real Ventures. January was capped off with their award for Best New Canadian Startup.

With an estimated $6 million in revenue and nearly 400,000 users gained in 2012, the men’s fashion e-retailer is surging forward. And they hold ambitious plans for this year.

Part of this push has been forming an identity around a “technology-driven lifestyle company.” Ratnani and cofounder Ethan Song insist that they aren’t simply a fashion company. They’re a company that bridges the gap between men’s clothing, technology, e-commerce and community.

Whether it’s from a savvy web interface or their new mobile app designed in collaboration with Toronto-based Extreme Labs, the company offers the user a refined experience. Their online magazine, The Edit, treats members to new themes and fresh content each month while informing about upcoming public events.

The vertically integrated company designs everything in-house and owns their own supply chain to offer a new collection of clothing and accessories every month. Users can also sign up for their Hunt Club, offering free shipping, 10 per cent credit back on every purchase and new threads delivered to their home every month just to try on. If users don’t like what they see, return shipping is on Frank & Oak.

Over 60 employees work at Frank & Oak now, but the path to the company’s recent success wasn’t entirely seamless.

Ratnani and Song hail from Montreal’s South Shore suburbs and at just 13 they were both making money through online advertising. Song went to the University of British Columbia to study engineering (as well as art school) for seven years while Ratnani attended McGill University, also playing defensive back for the Redmen football team.

Both cofounders eventually returned to Montreal and found themselves working together at Deloitte, a financial consulting firm. Sharing the passion to start a business, they quit their jobs and started ModaSuite.com in 2010, an online personalized made-to-measure retailer. While they secured seed funding from both Real Ventures and Anges Quebec, it was decided that there was a “much faster ship to jump on.” Calling Modasuite their “kindergarten on e-commerce,” they shifted their supply chain to fit Frank and Oak’s model.

“We had to forget everything we knew about this client and risk it all to go into Frank & Oak. And we knew a lot about our guy,” said Song.

Ratnani says no one remembers the days when their site wasn’t as nice as it is today, back when the two cofounders did everything themselves.

“I was the model and he was the photographer for the very first photographs in our site,” said Ratnani. “So when you talk about the engineering model from a to z, its there, and we’re true fans of tying it out and learning from it.”

Moving forward, the company wants to hit one million users, a far cry from Valentine’s Day of last year. At the core of their technology-meets-fashion approach is a keen awareness of who their buyer is, something Mark MacLeod has helped them with. The partner at Montreal’s Real Ventures called Frank & Oak one of the seed fund’s “biggest breakout successes to date.”

“We’ve got a very clear picture in our minds of who the target buyer is and that person tends to be someone who is creative and very comfortable with technology,” said MacLeod. “Technology purveys every aspect of the business and it gave deep insights into who our customer was.”

And so in their pursuit, they’ve simplified the buying process for the modern man, creating products that Song claims men didn’t know they even wanted. The marketing strategy comes from an understanding of men’s shopping behaviours, the kinds of aesthetics and brands he’s interested in and by showing him why he should be interested in a given product.

Just last week the company released their “Escondido” collection, a mix of sunshine and easygoing vibes with lightweight printed shirts, washed-out crewneck sweatshirts and shorts. It’s yet another small milestone for the company that wants to create a new industry.

“Now that we have the resources and our great team behind us we can realize the vision that, since the first step, we had in mind,” said Ratnani. “In terms of personalization, in terms of continuing to drive forward the technology behind the brand and being the number one brand for the modern man.”

The article was sponsored by KPMG Canada and is part of a series of interviews conducted by Techvibes with CEOs of Canada’s top startups.