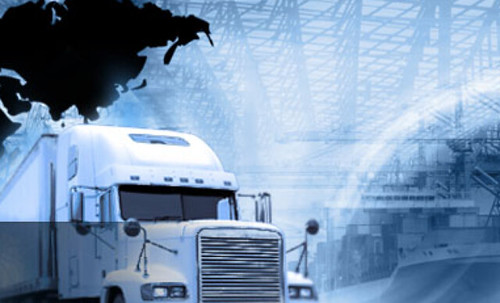 Vancouver-based Freightera is a free online marketplace that brings together companies that need to ship freight with transport carriers that need freight to fill their trucks, and displaying the lowest rates for the particular lane, much the way Expedia does for airline tickets.

The company was established in 2014 to make comparisons in freight shipping as simple as rate comparisons for booking hotels, flights, and travel packages. The platform allows a customer to type in the origin and destination of the freight, the dates and quantity desired, and instantly see all available trucks and rates.

Freightera founder Eric Beckwitt said, “The fundamental problem in logistics is that there are too many companies that are operating in the exact same market niche, and each one of them is optimized for certain lanes, certain specific routes they go, where they service those things the best.  They have the best supply there.  They have the best prices there.  But they want to be all things to all people.  They want to provide everything to everyone.  On the edges of it they will actually contract other people, they’ll white label other services in logistics, but you don’t know in advance, unless you have some way of comparing all of those different companies, you don’t know in advance where the sweet spot is.”

“Big mistake,” Beckwitt said.  “It doesn’t mean at all that they’re going to be the best price there.”

Not all carriers are optimized for all lanes, a lane being an everyday available route from one standard origin to one standard destination, postal code to postal code.  The best price, in a local area, may belong to a niche carrier that may remain invisible to a shipper without a platform listing all available pricing by lane in the market.

“It really is a long-tail thing.” Beckwitt said. “Major carriers are only optimal for a certain percentage of lanes.”

The Freightera system allows customers to pull apart this jumble of carriers and lanes to clarify the information in that long tail.  Currently, Freightera has coverage for two billion lanes across North America, with over 100 carriers signed on to the system.  Freightera’s ambitious goal is to increase the number of carriers into the thousands.

From the carriers perspectives, the platform helps them easily fill trucks that have already been scheduled to go, but may not be at full capacity.

Beckwitt said, “The value for the carriers, the people who own the trucks, is that it’s a free system that does sales automation and marketing.  Set it and forget it.  Post your availability, post your price you need, and it produces a stream of orders.”

“For the shippers,” Beckwitt said, “it’s also free.  You can check to make certain you’re getting the best rate, and the fastest transit time.  You check it against what you currently have.  Each week, we bring on new carriers, and prices will fall on a particular type of area.”

Freightera exists at the intersection of interests for Beckwitt, who worked for years in environmental planning, geographic information systems, and online business development.

The challenge until recently was getting the lane coverage ahead of the customers. It takes time to work out enough contracts to provide four or five carrier options for each lane, an endeavour necessary to make the platform viable.

Beckwitt said, “Now we’ve reached that minimum threshold where we actually have it, and now we’re working on building out all the regional lanes and all the special services.”

While Beckwitt considers the opportunity to be global, the near term plans center on North America, ensuring users get the best rates across the largest number of carriers for the maximum coverage.

He said, “We’re really focusing on giving really excellent coverage in Canada and cross-border as the first thing we want to build out.”